MOSCOW, February 26. Prime Minister Dmitry Medvedev on Friday will meet in Kaliningrad with party activists of “United Russia”. According to the press service of the government of the Russian Federation. 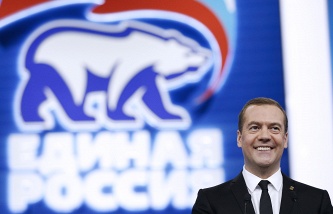 It is expected that the meeting will be attended by the secretaries of local and primary branches of the party, members of party primary elections (primaries) and supporters of United Russia. It is planned to discuss the implementation of decisions taken at last in early February the Congress of United Russia, the party of initiative and the development of the Kaliningrad region.

The last time Medvedev visited the Kaliningrad region in June 2015, when he held a meeting there on the topic of new housing and resettlement of emergency houses.

Currently the region has a special economic zone (SEZ), investment threshold for entry will be lowered from 150 million to 50 million rubles (the law was passed by the state Duma). The largest number of SEZ residents of the Kaliningrad region are implementing investment projects in manufacturing industries, in transport and in the sphere of real estate operations, leasing and provision of services. Residents are entitled to exemption from tax on profit and tax on property of enterprises during the first six years of operation, and reducing the rates of these taxes by 50% in the next six years.

According to the regional Ministry of agriculture, output growth in the agricultural sector in Kaliningrad region reached 9-10% per year, while the volume of state support of the industry over the past five years was increased 4.6 times. In industrial production, one of the leaders of the most Western region of Russia is a group of companies “Autotor”, which, according to the regional Ministry of economy, in 2014 accounted for more than half of the total production volume. In the Kaliningrad region are two industrial parks with ready infrastructure (“Chernyakhovsk” and “Khrabrovo”) and already there are four private parks (the”Ecobaltic”, “Technopolis GS”, “Balttehprom”, “Donor”), where possible the production of analog products within the framework of import substitution. 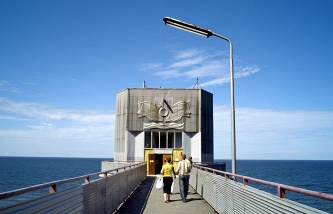 Kaliningrad amber plant provides 65% of the world market of industrial mining of amber. The annual volume up to 300 tons By the year 2020 it is planned to increase to 500 tons

From 2007 to 2015 the region with Lithuania and Poland has implemented 60 projects on cross-border cooperation programmes, with total funding amounted to €145 million Residents of the region and Poland make mutual visa-free travel under the program of cross-border traffic. Its capabilities in 2015 were used by over 4.3 million people.