MOSCOW, February 26. The President of the Russian Federation Vladimir Putin has charged to create the Commission on investigation of the reasons and liquidation of consequences of failure on mine “Northern”, where there was a rock burst. This was reported by press Secretary of the President Dmitry Peskov.

“The President instructed to form a Commission to investigate the causes and aftermath of the accident,” – said Peskov. 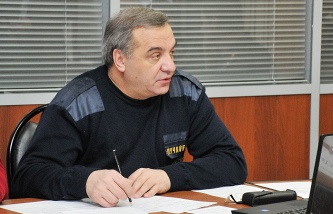 The accident at the Severnaya mine in Vorkuta. Online broadcast

“In the morning Putin had telephone conversations with Prime Minister Dmitry Medvedev, Deputy Prime Minister Olga Golodets, head of the Ministry of emergency situations Vladimir Puchkov and the acting head of Komi Sergey Gaplikov, during which discussed the topic of continuing search and rescue and rendering assistance to the families of the victims,” – said the spokesman.

25 day of February in the mine “Severnaya” (Komi) at a depth of 780 meters there was a sudden emission of methane and two explosions that caused the collapse of rock and fire. According to recent reports, four people were killed.

Underground there were 110 people in the place of the accident 26 people. In the early hours managed to get to the surface 80 of the miners, eight of whom had sought medical help, four people were hospitalized, to their life and health threatens nothing.

To liquidation of consequences of emergency situations on “North” out of 481 people and 94 pieces of equipment. In fact PE initiated a criminal case under part 3 of article 216 of the criminal code (“Violation of safety rules at conducting mountain, building or other works, entailed on imprudence death of two or more persons). In EMERCOM of Russia in the region is the operational headquarters, opened a telephone “hot line”: 8 (8212) 29-99-99.

The Severnaya mine is owned by Vorkutaugol, which, in turn, enters in “Severstal” Alexey Mordashov.

Mine “North” – one of the 5 underground mines, the company built on the basis of the group reconstruction mines N5 and N7 and commissioned on 31 December 1969.

The company produces coking coal grade ZH (2ZH). In 2011, the mine produced about 2.4 million tons of coal (over 20% of the total production of “Vorkutaugol”).

The company Vorkutaugol operates on the territory of the Pechora coal basin. Vorkuta geological and industrial region has the biggest in Europe coal reserves (4 billion tons).