MOSCOW, February 26. The savings Bank filed to the arbitration court of the Omsk region the petition for return of the statement of claim to the research and production Corporation “Uralvagonzavod” (UVZ) and a subsidiary “omsktransmash” about collecting more than 2.3 billion rubles of debt, according to the court.

“A petition was brought to court but not yet considered”, – said the Agency interlocutor. 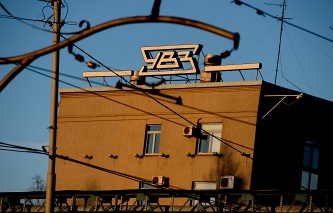 Sberbank has filed a lawsuit to “Uralvagonzavod” about collecting more than 2.3 billion rubles

Uralvagonzavod acted as the guarantor on loans to subsidiaries – JSC “Omsk plant of transport machine building” (“omsktransmash”).The hearing is scheduled for March 17.

Earlier it was reported that Sberbank has filed a lawsuit to the arbitration court of the Omsk region about collecting with UVZ more than 2.3 billion rubles of debt, including overdue and penalty. Deputy Director of Uralvagonzavod, Alexey Zharich said that “Uralvagonzavod” in the pretrial order will settle the debt to Sberbank, adding that “it is the procedural issues related to contractual work with the customer products.”

UVZ is a Russian Corporation engaged in the development and production of military equipment, road construction machines, railway wagons. It comprises more than 40 industrial enterprises, research institutes, design offices. Parent enterprise “Uralvagonzavod”, located in Nizhny Tagil. 100% of the shares of the Corporation owned by the state.