MOSCOW, February 26. The state Duma will consider on Friday in the second and third readings the governmental bill, which equates rally to demonstrations and tent city – to the picketing. 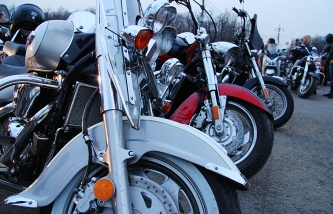 The initiative amends the law “On assemblies, rallies, demonstrations, processions and picketing”. They planned to legally regulate new forms of mass protests, in particular, attributed the rally to such events, as a demonstration, and the establishment of a tent camp to picket.

Second reading the Deputy from “United Russia” Sergey Kuzin proposed initiative amendment. According to the change in the case that the citizen intends to use for a single picket prefabricated collapsible design that creates obstacles for movement of pedestrians and vehicles, he shall inform the relevant Executive authorities not later than three days before the picket.

“If the picketer believes that its picketing with the use of team-collapsible design somehow would impede the movement of pedestrians, traffic, then it needs to notify the authorities about the location of the picket,” – said Kuzin. The Committee approved the amendment.

Citing the need for a bill, the authors give statistics of the Ministry of interior, according to which in 2014, in Bashkortostan, Belgorod, Moscow, Rostov, Chelyabinsk regions, as well as in several other regions held protest actions with the establishment of tent cities in public areas. And in 27 subjects of the Russian Federation was held 126 events, which were attended by 4 thousand people using 1.5 thousand vehicles. “Under certain conditions such actions can turn into major presentations, group and mass violations of public order”, – stated in the explanatory Memorandum.