PARIS, February 26. /Corr. Mikhail Timofeev/. Question about partial or complete lifting of the Russian embargo on the import of pork from EU countries could be resolved this summer. In an interview published by the newspaper La Croix, said stéphane Le Foll is the official representative of the government of France and the Minister of agriculture of the country. 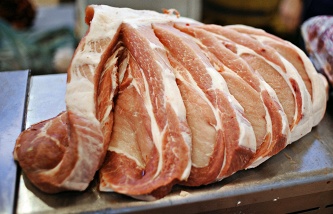 French Minister: EU warehouses because of the embargo Russia has accumulated 150 thousand tons of pork

“There are two embargoes imposed by Russia. A ban on the importation of products from the EU, introduced in the summer of 2014 in connection with the Ukrainian crisis. This is also another embargo for health reasons a few months earlier and dealing exclusively with the import of pork. As far as I know, Russia is ready to cancel it the second the embargo – but not all EU countries that cannot achieve the currently consensus among all 28 countries. I hope that on the second the embargo, the solution will be found in the summer of this year,” said Le Foll.

The Minister acknowledged that the situation in agriculture in France the present time “is complex” and “the agricultural sector is in a very deep crisis”. “Since last summer, authorities received by farmers 60 thousand applications for assistance. 27 thousand of them are taken at 260 million Euro eased tax payments, payments in social insurance funds, other financial payments”, – said the Minister. He noted that “in a difficult situation there are about 22 thousand cattle farms in France, which is 10% of their total number”.

Restrictions on delivery to Russia of pork from several EU countries were imposed by the Rosselkhoznadzor in the beginning of 2014 on the background of the outbreak of African swine fever (ASF) in Poland and the Baltic States. Later were also temporarily suspended shipments of meat products from several manufacturers in Belarus due to the detection of ASFV genome in finished meat products. These measures were not related to later put an embargo on the import of food from EU, the decision on which was made in response to European economic sanctions against Russia over the Ukrainian crisis.