SHANGHAI, February 26. The proposals of the Ministry of Finance of the Russian Federation the new budgetary rule does not involve setting limits for the filling of the Reserve Fund, as it was in the previous budget rule. This was reported to journalists by the Deputy Minister of Finance Maxim Oreshkin. 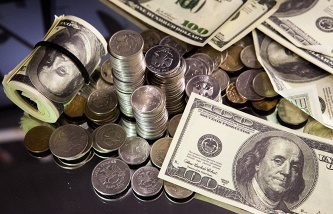 The Ministry of Finance proposes to replenish sovereign funds, if the cost of oil above $50 a barrel

“If we talk about the parameters of the second level, there will be many new things from the viewpoint of counter-cyclical and so on. Our current offers (according to new budgetary rule – approx.ed.) don’t assume there are any limits for the filling of the Reserve Fund,” he said.

According to the budget rule, in the formation of the Russian budget up to 2016, was determined the maximum level of expenditure based on estimated oil prices. The purpose of the rules is to reduce the budget’s dependence on the volatile revenues. The essence of the rule was to transfer to the Reserve Fund additional oil and gas revenues, after the amount of the Fund would exceed 7% of GDP, additional oil and gas revenues should be directed to national welfare Fund. In 2016, the rule was suspended.

. Previously reported that the Finance Ministry may determine the levels of new budget rules in the autumn.

The Minister of Finance of the Russian Federation Anton Siluanov said in January that the new budget rule should come from the oil price within the $50A barrel.

Previous variant of the budget rule implied that if the oil price decreases, then the calculated price defined as the average over the past three years. After a sharp drop in oil prices in the past year, the rule actually worked, then the budget for 2016 was assigned to his suspension. This rule also sets a limit on the budget deficit in the amount of 1% of GDP.

The contribution of the ruble devaluation to inflation

The contribution of the ruble devaluation to inflation in Russia in 2016 will be 2.5 percentage points, said the Deputy Minister of Finance of the Russian Federation.

“In 2016 the contribution (devaluation) inflation will be 2.5 percentage points for the entire year,” he said.

The contribution of the ruble devaluation to inflation in 2015 amounted to 8 percentage points when headline inflation for the year to 12.9%, mentioned earlier in materials of the Ministry of economic development.

Oreshkin explained that when assessing the devaluation should take into account the effect of the transfer influence the dynamics of the exchange rate on inflation.