MOSCOW, February 26.The Russian-Arab forum welcomes Putin’s initiative on forming a broad front in the fight against terrorism.

About this informed the head of Russian foreign Ministry Sergei Lavrov.

Syrian Kurds announced that they would abide by the truce

The forum also expressed support for the agreements Russia and the USA for a ceasefire in Syria on February 27.

The Russian-Arab forum approved a detailed statement on the crises in the middle East.

The relationship of Arab countries with Iran

Moscow is ready to continue to contribute to the normalization of Arab relations with Iran, has assured the Minister of foreign Affairs of the Russian Federation.

“Today we confirmed our willingness to continue our line to assist our Arab friends in the normalization of relations between them and Iran – Lavrov said. – We believe this is a very important task that is valuable in and of itself, and the solution of which would contribute greatly to progress in the settlement of the various crises in the region, including the Syrian, Yemeni and other”.

Russia is also actively working to achieve intra-Palestinian unity, have agreed to cooperate in this direction with Arab countries, said Sergei Lavrov.

“The Arab peace initiative should serve as a basis for the restoration of Palestinian unity, he said. – Russia actively seek to reach agreement between Fatah and Hamas. We have agreed to cooperate in this direction”.

An important mechanism of cooperation

The Russian-Arab forum has become an important cooperation mechanism to strengthen security in the middle East and North Africa, says Minister of foreign Affairs of Russia.

“This is the third meeting of the forum. The first two were held in Moscow and in Qatar, he said. – I particularly want to welcome colleagues from the UAE, Bahrain and Jordan – the “Troika” of the Arab League, the representative of Egypt and the Secretary General of the Arab League. It’s nice that in addition to mandatory profit format today the foreign Ministers of Algeria, Sudan, Libya, Yemen and Oman”.

“The forum thanks to our joint efforts has become an important mechanism in elaborating common approaches in enhancing security in the middle East and North Africa – Lavrov said. Today these questions are at the heart of discussions, to take place in the final documents today to take”.

According to the head of the Russian foreign Ministry, in addition to regional and international issues have a rich bilateral agenda on trade, economic, humanitarian and cultural spheres. 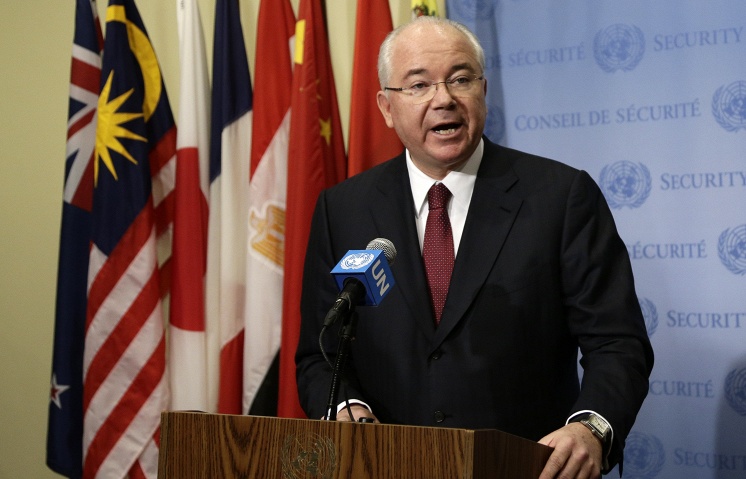