MOSCOW, February 26. The state Duma at plenary session on Friday adopted in first reading the law on increase from 1 April 2016 the excise tax on gasoline and diesel fuel. Corresponding changes were made in article 193 of the Tax code of the Russian Federation.

In particular, the excise rate for gasoline increased by 2 rubles. per 1 liter of gasoline. The excise tax on motor gasoline of the 5th class, valid from 1 April to 31 December 2016, will be 10 130 rbl. for ton. The excise rate on diesel fuel increased from 1 April to 1 RUB. per 1 liter of diesel fuel. Thus the rate of excise on diesel fuel, effective 1 April until 31 December 2016, will be 5 293 rubles per ton. Also from April 1 excise duty rates for middle distillates are set at a level equal to the rate of excise tax on diesel fuel. 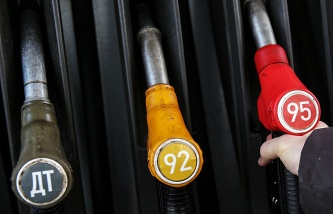 In order to minimize the possible negative impact of measures on the agricultural sector the rate of excise on diesel fuel is increased by 50% from the level of increase of the excise rate on car gasoline.

According to the Deputy Minister of Finance Yuriy Zubarev, the additional revenue from this measure in 2016 will amount to 75.4 billion. “And given reimbursement straight-run gasoline to petrochemical plants 70 billion rubles”, – said the Deputy Minister.

Zubarev stressed that the increase of excises on gasoline – a necessary measure. “The proposed additional increase in excise taxes is one solution among others to mobilize revenues of the Federal budget. According to preliminary estimates, if the current world energy prices and the current exchange rate of the ruble to the end of the year, the volume of shortfall in income may exceed 2 trillion rubles,” said Zubarev.

He added that, according to preliminary calculations, the volume of shortfall in income can reach 2.6 trillion rubles, with a budget of 13.7 billion rubles, which is 20% of the expenditure budget. “This is more serious than the situation in which the government will use its power to reduce the deficit”, said Zubarev. 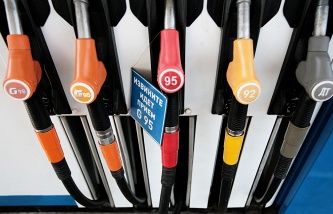 Dvorkovich: the increase in the price of gasoline in 2016 will not exceed inflation

“With 18% VAT it will be 2,36 RUB with the retail price of gasoline 34-35 rubles per liter of 92-octane gasoline. This means the price increase because of excise duty of 6.5-7%, i.e. the highest possible growth rates because of the increase of excise duties will be within the forecasted inflation level”, said Zubarev.

This year, on the proposal of the Ministry of Finance the excise tax on fuel was increased, from 1 January the rate of gasoline Euro-5 increased by 36.1% or on 2 roubles to 7,53 rubles per liter, and for diesel fuel – by 20.3%, to 4.15 rubles. per liter. Last time twice in one year, the excise tax increased in 2013.