MOSCOW, February 26. The state Duma on Friday passed in the second and once in the third final reading the draft law on compulsory participation of all candidates in debates.

Initially, the initiative was developed by the Vice speaker of the lower house from the faction “United Russia” Sergei Neverov. As noted in the explanatory Memorandum to the bill, proposed to establish “the necessity of participation of electoral associations and registered candidates for joint campaign events (debates) on the channels of state and municipal TV and radio broadcasting organizations”. The bill stipulates that in the event of a breach of requirements for mandatory participation of an electoral Association, a candidate in the debate, due to them airtime goes to the opponent (opponents). 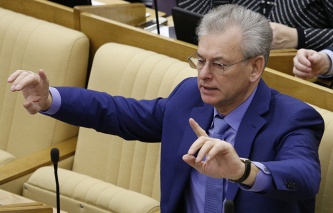 As explained to journalists the Deputy head of the profile Committee on constitutional legislation and state construction Dmitry Vyatkin, “when will inter-party debates, the parties themselves will determine which of their representatives (or the candidates nominated by party lists) are worthy to take part in this debate who is the subject of the most competent”.

“Not mates, not any third person involved, not proxies, namely, the candidates are required to participate in televised debates. Citizens have to see who is who, who how program goes to the polls, and could make his selection directly by looking at the participants of the election campaign”, – concluded the Deputy.

Neverov also expressed confidence that these norms will allow to increase voter awareness about candidates. “Their candidate, citizens have the right to see before the election, not after, to get an idea of who they vote for, does the candidate the specifics of the territories, what he is a candidate, what moral and ethical convictions, he is guided,” said Vice-speaker. He stressed that the bill is aimed at “improving the quality of public representation – a politician must be able to defend their point of view.”

“People going into politics, should be able to have a dialogue, arguments to convince even the person who has a different point of view. Openness and competitiveness – such was the task set by the President of Russia Vladimir Putin – the founder of our party”, – emphasized Neverov.

Clarification of the electoral legislation

The state Duma adopted in the second and once in the third final reading the draft law on improving the legal framework for elections of deputies of the state Duma and combined them with regional and municipal elections.

As stated in the explanatory Memorandum, the bill is aimed at addressing issues identified during the monitoring of law enforcement in 2014-2015, “improvement of a consistent legal framework to allow for the election of the deputies of the State Duma and combined them with regional and municipal elections”. “Proposals for the amendment of legislative acts is also due to the fact that, since the publication of the Federal law “On elections of deputies of the State Duma” making legislative changes related to the adoption of this law was not carried out in full”, – stated in the document. 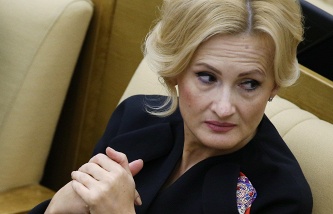 Bashmet, Boqueria and Tszyu entered the Moscow organizing Committee for the primaries of “United Russia”

In particular, it is proposed in the political parties act to clarify when the notice of election commissions on conducting activities related to the nomination of a political party or structural unit of the candidates. The initiative also stipulates uniform use of names of electoral associations in elections at any level, by analogy with the election of deputies of the state Duma.

As a result of the second reading in the text of the initiative was amended to introduce rules for media accreditation at the polling stations. The deputies supported the proposal of the Chairman of state Duma Committee on constitutional legislation and state construction Dmitry Vyatkin, which is, to the coverage of the voting will be participated by the representatives of the publications, “working under an employment contract for at least two months prior to the date of the election.” “Three days before election day the media should submit their lists of representatives who work there are the regular and irregular labour or civil law contract concluded for not less than two months before the elections”, – said the Deputy.

According to him, the amendment is necessary to prevent penetration of the fake journalists on elections. “The amendments are being made to prevent abuse and intrusion to sites of people who claim to be representatives of the media and journalists, but which are not,” he said.

Also in the debate on second reading was also approved amendment increasing the size limit of the election Fund in the one-mandatory district from 15 million to 40 million rubles.