MOSCOW, February 26. The state Duma will consider in the first reading the draft law on decriminalization of several articles of the Criminal code (CC) of the Russian Federation. Speech, in particular, for crimes such as beatings, threats of murder, evasion of child support. The initiative was made by the Supreme court. 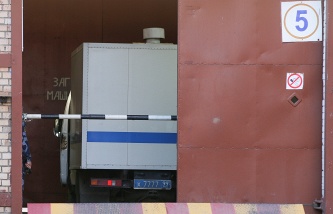 According to the explanatory note, proposed to decriminalize the crimes under article “the beating” (if the offence is committed for the first time), “threats of murder” (if the offender did so once), “malicious evasion from payment of means for the maintenance of children or disabled parents”, “use of obviously false document”.

For such acts, according to the bill provides for administrative liability. The initiative also proposes to increase the cost of someone else’s property, after the theft of criminal liability, from one thousand to five thousand roubles.

“It is also proposed to increase the lower boundary of the significant harm caused to the citizen, up to 10 thousand rubles. We believe that the list decriminalizing articles should be clarified and possibly expanded,” – said earlier the head of the Duma Committee on civil, criminal, arbitration and procedural legislation Pavel Krasheninnikov.

Speaking on 3 December with the annual message to the Federal Assembly, President Vladimir Putin has asked deputies to support the proposal on the decriminalization of several articles of the criminal code.

“I ask the State Duma to support the proposal of the Supreme court of Russia on the decriminalization of several articles of the Criminal code of the Russian Federation and transfer the crime, not representing big public danger, into the category of administrative offenses, but with one important caveat: repeated misconduct must already qualify as a criminal act,” he said.