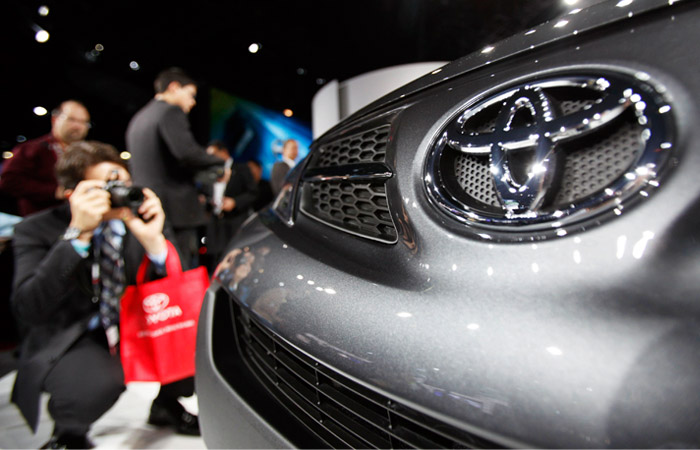 Moscow. February 25. Japanese carmaker Toyota has decided to recall in Russia more than 141 thousand crossovers RAV4 2005-2012 model years because of risk of damage to the safety belt in the back seat, reports the newspaper “Vedomosti”, with reference to the representative of the automaker.

According to the publication, the possible damage due to contact of the belt with the metal parts of the frame.

According to the newspaper, Russia will have nearly 5% of cars recalled in the framework of the recently announced global service campaign. Just underneath it fall to 2.87 million crossovers Toyota is the largest one-time recall of cars of the same model at least for the last two years, according to “Vedomosti”.

When contacting owners covered by the recall of vehicles to them for half an hour on the metal frame of the seat cushion of the second row, install the plastic overlay.

Service company will start as soon as dealers receive all necessary spare parts, said to a representative of the automaker.

The source did not specify “Vedomosti” the sum of expenditures on these activities, however, according to one of the Russian dealers of Toyota, the company paid the amount of labor hours in such cases is estimated about 900 rubles, Therefore, excluding the cost of parts costs Toyota can make 64-127 million rubles.

Toyota RAV4 is one of the best selling models of the Japanese automaker in Russia: last year, it sold 27 102 such vehicle (27% of the total sales of the brand in the country). Only Russia last year accounted for 1.2% of global sales Toyota, the calculated “AUTOSTAT”.