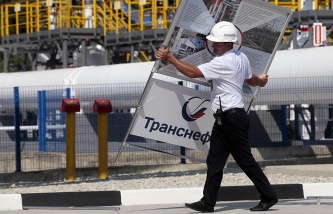 In December 2015, the Federal Antimonopoly service (FAS) of Russia granted the petition of “Black sea main oil pipelines” for purchase of 50% of NFT. In summer, the FAS granted the petition of LLC “Zvezda” (Novorossiysk) for the purchase of 50% shares of trader Gunvor in the Novorossiysk fuel oil terminal. Partner of a trader in is terminal Novorossiysk commercial sea port (NCSP), which has previously refused the possibility to buy a 50 per cent partner, as journalists were told by the head of NCSP Sultan Batov.

Businessman Gennady Timchenko sold his stake in Gunvor partner Thorbjorn the Tornkvist in March 2014, on the eve of the introduction against the Russian businessman Western sanctions. In October 2014 the trader has announced the launch of its Russian assets. So, it was decided to sell 30 percent stake in coal company “Colmar” structures of co-owner of UMMC Andrei Bokarev. In addition to the package in the “Colmar”, Gunvor owned petroleum products terminal in Ust-Luga port and 50% in OOO “Novorossiysk fuel oil terminal” (JV with NCSP group).