MOSCOW, February 26. The Bank has received the new head in the person of the former Deputy Chairman of Sberbank Sergey Gor, who oversaw the credit institution’s entire international business. With the arrival of a new leader and the authorities expect changes in state corporations, in particular, accelerate the decision of a question on state support of VEB, as well as the sale of assets of the Corporation.

On Friday, President Vladimir Putin signed a decree changing the management of Vnesheconombank. Vladimir Dmitriev, who headed the Corporation for the past 12 years, was taken by the Deputy Chairman of the Board of Sberbank Sergey Gorkov. 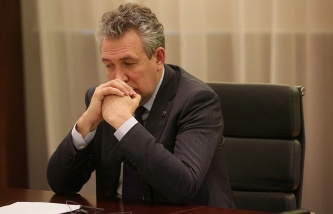 Rumors about a possible change of leadership VEB went the last few months. The main cause billions of dollars in losses of the Corporation and the lack of clarity regarding support amounts, the volume of which reached up to 1.2 trillion rubles.

Among the candidates for the post of head of state Corporation has named former Deputy Minister of economic development Kirill Androsov, the head of Roseximbank and EXIAR Peter Fradkov, first Deputy Chairman of Vnesheconombank Mikhail Poluboyarinov, as well as Chairman of the Board of JSC “SOGAZ” Sergei Ivanov.

However, two weeks ago the shortlist for the “diluted” Gorkov. In early February in mass media there was information that he was one of the contenders for the position, although the matter has not been resolved.

The protege of the head of Sberbank German Gref

Gorkov has experience in large companies in crisis conditions. Prior to joining Sberbank, in 1994-1997 worked at the Bank Menatep, from 1997 to 2005 in managerial positions in oil companies “Yukos” and “Yukos-Moscow”.

Sberbank Gorkov has worked since 2008, has experience in the selection of staff and conducting international business. Initially oversaw the HR policy Department of Sberbank, then the work of the unit “International operations”. The output of Sberbank in international banking market is the merit of Gor. Buy Sberbank on the cheap European Volksbank and Turkish Denizbank then, and the resolution of problems with a subsidiary Bank in Ukraine, occurred under his leadership. 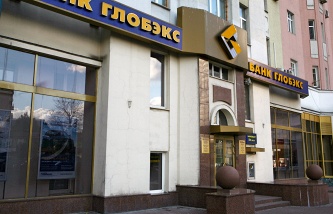 VEB to sell GLOBEXBANK and Svyaz-Bank ACB at market value

“Sergei Gorkov has all the necessary qualities of a Manager. Sberbank has proven itself well. He has a great experience in conducting international negotiations and the organization of international business”, – the Chairman of Committee on interaction with minority shareholders of the savings Bank Anton Danilov-Danilyan. According to him, the private minority shareholders of Sberbank regretfully accepted the information about his departure. “Will he be able to convert a structure called the VEB, will show time” – said Danilov-Danilyan.

There is a high probability that the Gorkov comes in state with his team. According to information, the state can come senior Vice-President of the savings Bank Nikolay tsehomsky. It is possible that this reshuffle will not end.

The accumulated problems of VEB

At the new job before Gorikova will stand many challenges. The profit of the Bank in the last few years was low. So, in 2012 VEB received a net profit under IFRS in the amount of 17.5 billion rubles, in 2013 – RUR 8.5 billion. the Problems of the Corporation began with 2014. Loss of VEB group in 2014 under international standards amounted to 250 billion rubles, and for the first half of 2015 has reached to 73.5 billion rubles. 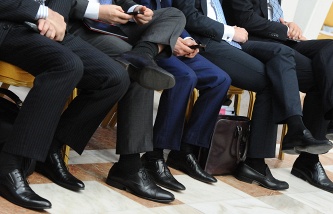 The reason – substantial contributions to reserves for problem loans. Only in 2014 on these purposes it was allocated more than 300 billion rubles mainly due to the problems with the Olympic projects and Ukraine. In addition, VEB’s work was influenced by the fact that the Bank came under sanctions.

The authorities expect that the change of leadership in the Corporation needs to accelerate the solution of its problems. In minekonrazvitiya expect the work program to support VEB needs to accelerate. “The program of support of VEB us discussed quite a long time. It is obvious that with this staffing solution work on this program should be accelerated,” – said journalists the Deputy Minister of economic development of Russia Nikolay Podguzov. In the MAYOR expects that the new head of the VEB needs to offer his vision on the situation in the state, to come up with some initiatives.

In the state Duma believe that the appointment of Gor will accelerate the implementation of non-core assets of the Corporation. “There are plenty of non-core assets, for example, Globex Bank and Svyaz-Bank, which have got a long way to go to float freely as a commercial entity which is in competition with other commercial banks without any umbrella type of Vnesheconombank, and to carry out their activities,” – said the Chairman of the Committee on economic policy, innovative development and entrepreneurship of the state Duma Anatoly Aksakov. Also, he said, to withdraw from the balance sheet of Vnesheconombank’s needs and assets of the Corporation in Ukraine, which due to the political situation and unfriendly acts of Ukraine do not generate the necessary income.

According to Aksakov, as Gorkov until recently worked in a team of German Gref and has a successful experience in business restructuring of a major Bank such as Sberbank, with the advent of the web may perform similar and the Corporation.