MOSCOW, February 27. Experts doubt expediency of withdrawal of Ramzan Kadyrov as head of the Chechen Republic, considering it one of the most successful heads of subjects of the Russian Federation.

“It is clear that Ramzan Kadyrov is one of the most successful heads of regions, this is acknowledged even by his opponents. Their rating compared to the rating of the microscopic Ramzan Kadyrov”, – said in an interview with the General Director of the Center for political information Alexei Mukhin. 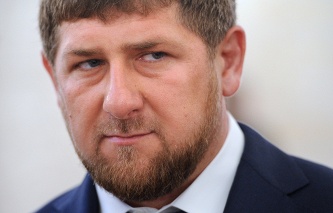 Kadyrov said that his time as head of Chechnya has passed

According to him, “at this stage, many Federal Ministers tried to resign, but it is clear that the request of the President or what the President insists is now determining, and including for different career paths of Ministers and heads of regions”.

“Somehow I think that Ramzan Kadyrov (President Vladimir) Putin will not let go, for now anyway,” suggested Mukhin, explaining that “Russia is in a very difficult geopolitical situation, and stability in the North Caucasus – and one of Kadyrov’s merit consists in the fact that Chechnya was steadily developing regions of Russia – very important”. “And risk this, to risk losing that stability, I think the country’s leadership will not” – said the analyst.

Mukhin believes that Kadyrov “will be invited to stand, and, most likely, the President will insist that Kadyrov that decision (to run) took”.

The fact that Kadyrov is “one of the best, successful and effective governors in the Russian Federation” drew the attention of the Director of the International Institute of the newest States Alexey Martynov. According to him, currently Chechnya is a “driver of development in the North Caucasus” and the tasks that were set before Kadyrov during the first period of its leadership of the Republic, executed them brilliantly.

“I don’t think his (Kadyrov’s) time has passed”, – the expert said, explaining that times are changing, and, if earlier it was necessary to focus on solving problems, “the time of dynamic development, when you need efficient, honest, popular governors”. 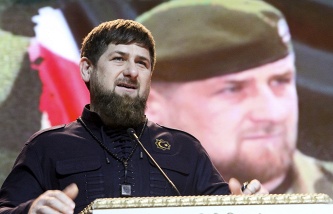 “He (Kadyrov) young man, constantly, every day becomes stronger as a politician, a Manager. The people support this, and sociology says that not only in Chechnya, but in Russia he is a popular politician. People are impressed by his style,” says the analyst. Noting that Kadyrov is often criticized, Martynov at the same time noticed that his “critics notebook – the non-systemic opposition, the liberals” that the head of Chechnya openly discusses.

The political scientist explains Kadyrov assessment of the prospects of their future at the head of the Republic of the human factor. “Even the most successful, the best governors are people, and Ramzan has the right to critical assessment of its performance, a moment of sentimentality,” explained he.

In any case, said the interlocutor of the Agency, to decide on Kadyrov to be President. “The way the President – so be it. Decide that (Kadyrov) should serve – to serve,” he concluded.

The head of Chechnya Ramzan Kadyrov said on NTV that his time as the head of region has passed.”My time has already passed,” – he said, adding that the name of a possible successor can not be called.

Previously Kadyrov has already stated that he considers his mission as the head of the Chechnya made. “If Kadyrov wants to continue? I don’t want. Now other times with economic, social points of view. We have a team of more professional people. I think I did my duty. The people who lead us, checking, looking, balance, – they know better what is needed for further development, in order not to stop the development. Have a team that has the President of the country. All the will of Allah. I’m a marine. If I say continue to serve – I will serve, if “good bye” – goodbye”, he said on 23 February on the air of “Russian news service”.

The powers of Kadyrov expire in early April. Elections of the head of Chechnya will be held in the Republic in a single day of voting – September 18, 2016. Ramzan Kadyrov has headed the region since 2007.