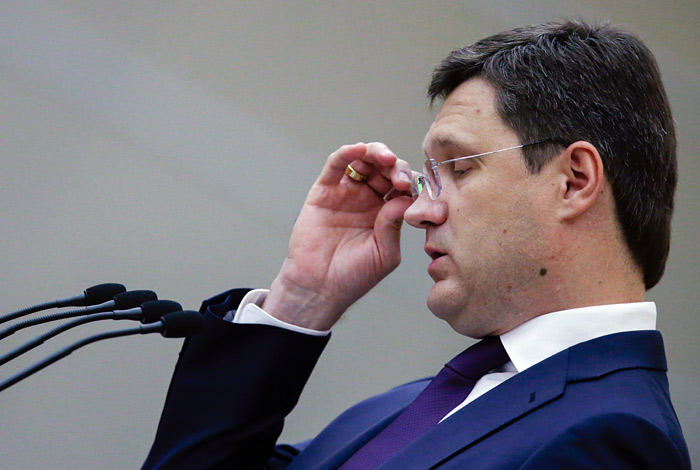 Moscow. February 25. Oil prices are unlikely to be above $60 per barrel, the price $50 is the most optimal, Minister of energy Alexander Novak.

“Fundamentally speaking, the price can’t be high, above $50-60 per barrel, because in this case, it returns strong investment activity, implemented projects, on which there is a reduction in investment and volume of production, and the prices again will fall,” said Novak journalists in Minsk.

According to him, the price is $50 – the most adequate from the point of view of the balance of supply and demand.

Answering the question about possible influence of oil prices on a possible agreement to freeze production, Novak said: “We believe that the market should react, Ministers can never influence the market. As soon as the market will feel that there is a reduction of the excess of supply over demand, it will respond”.

He also noted that Ministers of oil-producing countries and non-OPEC, can try to formally record agreements about the freezing of oil production at the level of January at a meeting in mid-March. At the moment the number of producing countries expressed verbal confirmation of readiness to support the initiative cut production, but no legal confirmation of this decision.

“Consultations are currently under way at the country level, active, with a view to find out the countries support or not support this position. But, as we understand it, OPEC countries plan to hold a meeting of Ministers of OPEC and non OPEC, and plan (to do) somewhere in the middle of March. And there may already be something of the decision States, with some joint statements, joint papers, etc.” – said Novak.

To raise the issue of reducing oil production until no hurry. “To specify the database from which to cut, is also very difficult, because since the price drop, since the summer of 2014, has very seriously changed the structure. Someone has stepped up, who had remained on the same levels. Therefore, if we talk about reduction, we will continue to argue about which base to cut from base 2014 or 2015, or January 2016 and so on”, – explained the Minister.

According to Novak, for prices on global markets will be the effect, even if oil-producing countries agreed not to increase its production.