SHANGHAI, February 27./TASS/ the Government will ask of President permission to spend 130 billion rubles to support the economy from the reserve formed in the budget from the freeze of pension savings by 2016, said Finance Minister Anton Siluanov. 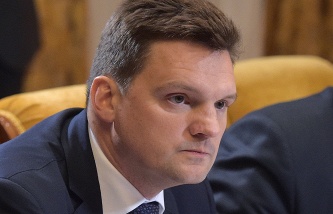 Fomichev: the MAYOR does not see the need to reduce the cost of the plan to support the economy

The government in late 2015, took the decision to extend the freeze of pension savings by 2016, resulting in the budget had a reserve in 342,2 bn from savings on transfer to the Pension Fund of Russia. The decision on spending from this reserve are taken on behalf of the President of the Russian Federation.

“In General, the government of the Russian Federation on anti-crisis plan decided on – up to 250 billion rubles to Finance that amount, we will need to appeal to the President to obtain the consent for the waste parts of the reserve – about 130 billion rubles will contact the President with this request,” – said Siluanov.

Earlier, the government decided to spend plan to support the economy in the year 2016 funds from the so-called anti-crisis reserve of the budget, which amounts to 120 billion rubles.

As informed earlier, the Minister of economic development Alexei Ulyukayev, the maximum size of means of support of economy will amount to 250 billion rubles is going To accept funds from anti-crisis Fund of the government (funds frozen pension savings) and residues received in the current year’s budget from the previous budget. The total cost of measures on support of economy in 2016, he said, is 880 billion, a portion of them (440 billion) already budgeted.

On a number of measures, the source and amount of funds is not defined, such measures assembled from 189 billion rubles.

The plan to support the economy consists of two parts: rapid response measures and longer-term agenda. Among the measures of the plan is the extension of preferential mortgages, provision of free medicines, support for the automotive industry, light industry and specific companies (RZD, Center.Khrunichev, annually, etc.).