MOSCOW, February 27. The official representative of the Russian foreign Ministry Maria Zakharova reacted sharply to the statement of the representative of US state Department Mark Toner called on Russia to “do the job or shut up” in communications and Syrian truce, a ceasefire and a political process that will lead to the transfer of power.

“Shut up” is you, mark, my colleagues ordered, if such idiomatic communication style prevalent among American diplomats,” said Zakharova on his page in Facebook. – Today the Russian defense Ministry held a briefing about the start of the truce in Syria. Clear, understandable, accessible even to you, who failed to answer the question on obtaining American party from Russian colleagues cards, which set the area of the truce. So, mark, while the Russian side “not shut up”, you have the chance to know what is actually happening in Syria.” 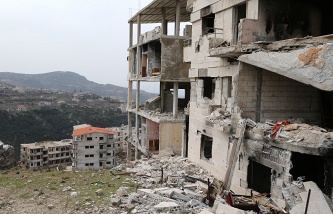 The Ministry of defense of the Russian Federation: representatives of the U.S. Embassy transmitted a map of the operational situation in Syria

Question about the Russian maps of the operational situation in Syria was discussed at a meeting on Friday the regular press briefing in the foreign Ministry of the USA. The Deputy chief a press-services of US state Department Mark Toner was asked whether Washington shares the conclusions of Moscow, reflected on these maps.

The diplomat confirmed that he was aware of the existence of these cards. “Yes, I know about them,” said Toner. However, he found it difficult to say whether American authorities with data about Russia which parts of Syria are controlled by what factions. “I can confirm that we have signed any cards. I have no answer,” – said the representative of the U.S. state Department.