MOSCOW, February 28. Russia and Algeria in March, plan to discuss the possible construction in the Republic of the nuclear power plant of Russian design. This was stated by Russian foreign Minister Sergei Lavrov in an interview with the Algerian newspaper L Expression. 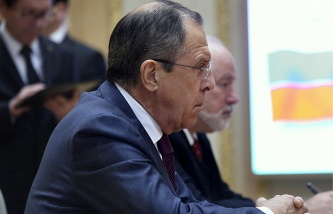 Lavrov: there are good opportunities to increase exports to Russia of agricultural products from Algeria

In his words, “cooperation in the energy sector is an important component of our bilateral trade and economic relations”. “For several years in Algeria in collaboration with the Algerian state oil Corporation Sonatrach successfully work leading Russian companies – Gazprom, Rosneft, Stroytransgaz, “Technopromexport”. Interest to enter the Algerian market show and other major companies from Russia, – said the Minister. – Appreciate the coordination with the Algerian counterparts in the framework of the Forum of gas exporting countries (GECF)”.

Lavrov recalled that in September 2014 in Algeria signed a bilateral intergovernmental agreement on cooperation in the field of use of atomic energy for peaceful purposes. “In terms of implementation from 1 to 3 March in Algeria scheduled meeting of the bilateral Committee on coordination in the use of nuclear energy for peaceful purposes, said the Minister. – During this meeting it is planned to discuss the possible construction on the territory of ALGERIA of a nuclear power plant of Russian design, the development of nuclear infrastructure of Algeria, as well as non-energy applications of nuclear technologies – for example, in medicine”.

Lavrov also noted that the concerns that the Forum of gas exporting countries will dictate their rules in the gas market, is groundless.

“The participating States of the GECF have about 60% of the proven global natural gas reserves and have the unique opportunity to produce clean and safe energy in the volumes necessary to meet growing energy needs around the world. Thus, in their capacity in the field of manufacturing and export of natural gas GECF quite comparable with the resources of OPEC in the oil sector,” – stated Lavrov. 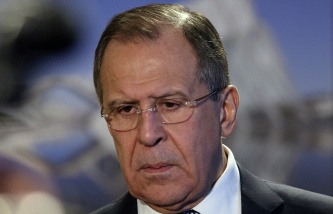 Lavrov urged to fight terrorism together, putting aside his ambitions and disagreements

According to the Minister, the countries participating in the Forum, including Russia and Algeria, “does not aim to transform the GECF into a “gas OPEC”. “Membership in the Forum implies no obligations on the volume of production and sale of gas, so it should not be confused with OPEC, which means the concerns of consumer countries about the fact that the GECF will dictate the rules on the gas market, is groundless,” he stressed.

“Our countries see the role of the Forum is to promote an open and constructive dialogue with importers of natural gas in the framework of international and regional energy organizations and forums, including on natural gas demand and develop the necessary cross-border gas infrastructure, – said the head of depodesta of the Russian Federation. – It is about fair distribution of risks between suppliers and consumers of natural gas due to implementation of a predictable and non-discriminatory tax, trade, energy and environmental policies in accordance with national legal and political framework”.

Lavrov is convinced that the GECF has good prospects “despite the difficult economic situation.” “This is, in particular, was confirmed held in Tehran in November 2015 3rd summit, which was attended by President Vladimir Putin and Prime Minister of Algeria Abdelmalek Sellal”, he added. Moscow hopes that “the results of the summit will contribute to the sustainable development of the global gas market”.