The country should be reliably protected from the penetration of militants from the Middle East and other regions, the actions of the Russian armed forces in Syria that also contribute, said the President. 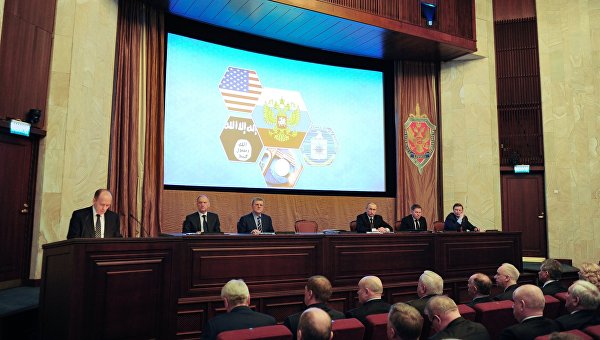 MOSCOW, 26 Feb. The President of Russia Vladimir Putin instructed the FSB to prevent penetration into the territory of the Russian terrorists from the Middle East and from other regions.

“Now it is important to securely close the Russian territory against the intrusion of militants from the Middle East and from other regions to quickly identify and neutralize those who are involved in terrorist activities abroad”, — Putin said at a FSB Board on Friday.

“You mean Russia as the whole, the Armed forces, in time we began our action in Syria. And your job already, your on the ground, on the territory of the Russian Federation the best way this is confirmed, because thanks to your efforts, suppressed the activity of those underground groups and factions that were ready to strike at our country”, — he stressed.