MOSCOW, February 28. Truck traffic between Russia and Ukraine is carried out smoothly, said on Sunday the press service of the Ministry of transport of the Russian Federation. 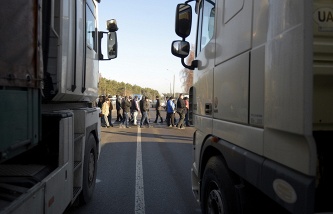 The Ministry of transport: road carriers of the Russian Federation in Lviv and Volyn oblasts of Ukraine unlocked

“The movement of trucks between Russia and Ukraine, as well as the transit is carried out without obstacles. The night before had been recorded two episodes on the peaceful blocking of Russian trucks. This situation was dealt with promptly by law enforcement. At the moment all the machines, both Russian and Ukrainian, moving without problems”, – stated in the message.

Earlier on Sunday it was reported that radical activists with the support of Association of Ukrainian nationalists “Freedom”, despite the agreement on the restoration of transit and the presence of a police escort, was stopped in the Lviv region and prevent further movement of Russian trucks 13. 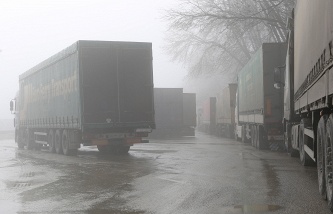 “Svoboda” announced the blocking of 13 Russian trucks in Lviv region

The parties later entered the regime of “going home”, which included the ability for drivers to complete the flight, returning to the country of residence.

On February 24, the Cabinet of Ministers of Ukraine allowed the transit of trucks, including Russian trucks on its territory on 25 February and instructed the interior Ministry to provide security for movement of transit flows.