MOSCOW, February 29. Bill to toughen the procedure of removing unused agricultural land made Monday to the state Duma. The authors of the initiative made by the deputies of the faction “United Russia” headed by its Director, Vladimir Vasilyev, Vice speaker Sergey Neverov and Chairman of the Committee on agrarian issues Nikolai Pankov. The document, posted in the Duma’s electronic database prepared pursuant to last year’s presidential address to the Federal Assembly. 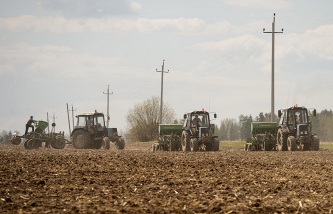 Naryshkin: unused land to seize and transmit to those who will cultivate

In particular, it provides for “a reduction (from five to two years) period after which the land plot could be confiscated from the owner in the event of non-use for agricultural production”. Period shall be reduced by including the time required to develop land, the total period of non-use of such area, specified by the developers.

It also establishes the obligation of the owner against whom in the Unified state register of real estate provide information about improper use or non-use of land for agricultural production for 3 or more consecutive years, to proceed to the use of land “within one year from the time when the right of ownership to such land plot”. For failure to comply with this obligation, the owner may be punished under the present article 8.8 of the Code on administrative offences. It provides for fines for citizens in the amount from 0,3 to 0,5% of the cadastral value of the land, but not less than 3 thousand rubles, for officials – from 0.5 to 1.5% of the cost, but not less than 50 thousand rubles, for legal entities – from 2 to 10% of the value of land, but not less than 200 thousand rubles. 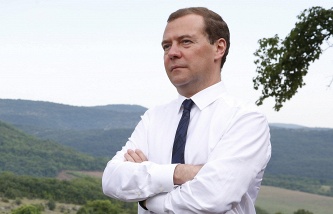 Medvedev: the period of authorized non-use of farmland can be reduced to 3 years

The bill obliges the Executive authorities of the subject of the Russian Federation within one month from the date of receipt from the Rosselkhoznadzor materials on the failure to remove offences relating to the improper use or non-use of the land to apply to court with the requirement about seizure of land and on its sale at public auction. If the land is unfit for agricultural activities in connection with the need for technical works, the initial price of the plot will decrease by the amount of related expenses, but not more than 20%.

The President of Russia Vladimir Putin in the Message to the Federal Assembly in December 2015, said that it is necessary to seize idle land from unscrupulous owners and sell them at auction. The head of state stressed that it is necessary to give the chance to work on the land to those who wish it. “We need to introduce millions of hectares of arable land that are now idle, are in the hands of large landowners, and agriculture, many of them are not in a hurry,” said Putin.