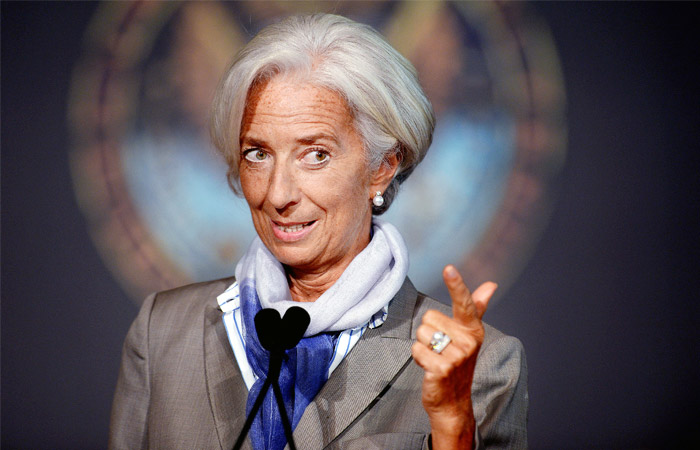 Moscow. On 26 February. The global recovery continues, despite the increased risks, said the managing Director of the International monetary Fund Christine Lagarde, speaking at a conference of the Institute of international Finance (IIF) in the framework of the meeting of heads of financial departments of G20 States.

Among the main threats for the world economy, Lagarde noted geopolitical risks, capital outflows from some markets, and falling prices for raw materials. “At the moment we believe that the likelihood of materialization of these risks has increased slightly, however, the economy continues to grow”, – quotes the head of the IMF Bloomberg.

According to Lagarde, the Chinese economy is undergoing a period of changes in the balance of GDP growth in favor of the service sector and consumption, and the IMF recommended that China set a target of economic growth at the level of 6-6,5%.

Lagarde noted that the effectiveness of monetary policy measures by global Central banks, including the most innovative measures is reduced.

Earlier this week the IMF urged countries G20 to take urgent action to support the global economy and lowering risks, noting the deteriorating economic Outlook in the world. In particular, the IMF considers it necessary to increase fiscal stimulus and structural reforms the States.

According to Lagarde, the emerging markets countries face different kinds of problems. A number of States that are dependent on commodity sector have appealed for help to the Fund.