MOSCOW, February 29. LLC “T2 RTC holding” is ready to sell about 10 thousand of its towers, intending to gain for them at least $500 million, said on Monday the newspaper “Vedomosti”. 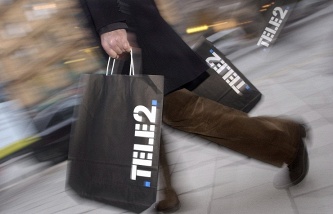 The number of Tele2 subscribers in Moscow exceeded 1 million users

According to the publication, the company has already held preliminary meetings with potential buyers, one of which was the Russian direct investment Fund (RDIF), already was interested in buying the tower assets of MegaFon. While Tele2 is not yet considering the possibility of establishing a joint venture with any of the other operators, however, according to the newspaper, the consolidation of infrastructure can take place already at the level of the buyer.

The sale of tower infrastructure are now also “the Megaphone” which put up for sale 49% of its “daughters” – “the First tower”, and “Vympelcom” selling about 10 thousand designs. MegaFon values its tower infrastructure in a few tens of billions rubles, VimpelCom still has not announced the amount that would get.

Tele2 is a Telecom operator that was created by combining the mobile operator Tele2 and the mobile assets of “Rostelecom”. The share of Rostelecom in the JV is 45%, the rest – the former owners of Tele2 (VTB group owned 50% of Tele2, the other 50% were in structures of Bank “Russia”, “SOGAZ” and businessman Alexei Mordashov). The company operates in more than 60 regions and serves about 35 million customers.