MOSCOW, February 29. The President of Russia Vladimir Putin signed the law according to which from 1 April 2016 raise the tax rates of excises on automobile gasoline, diesel fuel, straight-run gasoline and middle distillates. 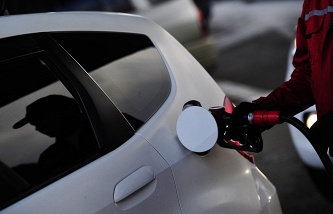 According to the press service of the Kremlin.

At the end of last week the state Duma and the Federation Council expeditiously passed a law to increase from 1 April 2016 excise taxes on motor gasoline, directly distilled gasoline, diesel fuel and middle distillates.

Rosstat: weekly gasoline prices in Russia fell by a penny

According to the estimates of the Ministry of Finance of the Russian Federation fuel prices rise by about 5%, extra Federal budget revenues will amount to about 90 billion rubles to the end of the year.

As reported by Deputy Minister Yury Zubarev, these funds will not be credited to the regional road funds and the Federal budget, which “can guarantee neumegen as a regional road Fund and Federal road Fund”.