MOSCOW, February 29. Federal chamber of lawyers (FAP) has addressed to the Supreme court of the Russian Federation a package of proposals for reforming the jury, offering to convey to the jury the consideration of criminal cases against entrepreneurs. This was announced by the FAP President Yuri Pilipenko in the interview, which will be released in tomorrow’s number “the Russian newspaper”. 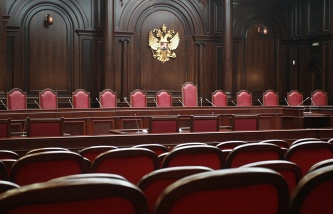 “We are absolutely confident that in addition to violent crimes within the competence of the jury, you must include the so-called entrepreneurial structures for the simple reason that the well-being of the country depends not only on oil prices, but also on entrepreneurial activity,” said Pilipenko.

He recalled that the President in address to the Federal Assembly cited figures: in 2014 for economic crimes in Russia was opened 200 thousand criminal cases, before the court reached 46 thousand, 15 thousand cases fell apart in court. “It turns out that the sentence had ended only 15 per cent of cases. The vast majority, about 83 per cent of entrepreneurs, which were criminal cases, fully or partially lost business,” said Pilipenko, said that the President called this situation “the direct destruction of the business climate”.

“200 thousand cases on economic crimes is proof of the fact that entrepreneurs need additional guarantees of their activity, protection of their rights, – said the head of FAP. – Better court jury here nothing will come up.”

However, he noted that “the arguments about the complexity of economic Affairs in which the jury allegedly difficult to understand, can not withstand criticism, because often this complexity is created artificially”. “If the investigators will submit to court a charge on specific, well-proven episodes, the question of the complexity of the cases not have to go back,” – said Pilipenko.

Also in the competence of jury lawyers offer to include some civil cases, including adoption and parenting.

FAP filed in the Supreme court of Russia the proposals on the reform of the court of assize proposed reducing the number of jurors on the process from 12 to 8, thus the decision should be made by qualified majority vote, rather than by superiority in 1 vote.

“If the Board of 8 people, a guilty verdict will have to vote for 5 people, not less”, – explained Pilipenko.

Mainly, he said, is not the jury, and the extension of the competence of a jury trial.

“We believe that in the current situation, when in the year of a million criminal cases a jury consider from 300 to 500 (in 2014 – 308, 2015 – 500), not implemented the provision of the Russian Constitution on the right of citizens to participate in the administration of justice”, – said the head of FAP.