According to “Kommersant”, the Deputy Chairman of the Duma Committee on agrarian questions Sergey Doronin had previously managed the group of companies “Absolut-agro” which has run into debt to banks about a billion rubles. About it reported in a letter to Herman Gref to the Prosecutor General and the Secretariat Sergei Naryshkin. 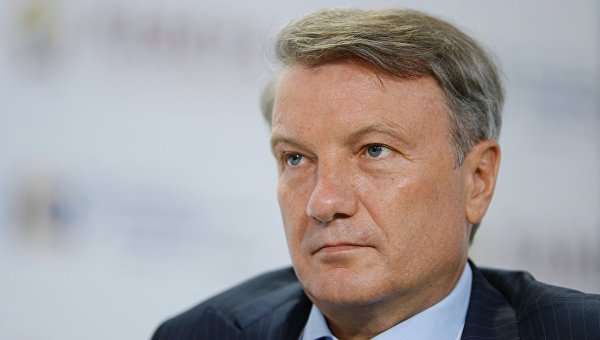 MOSCOW, 29 Feb. Sberbank appealed to the Prosecutor General and to the Duma with a request to investigate possible violation of the status of the Deputy of the state Duma the Chairman of Committee on agrarian issues of the Parliament Sergei Doronin, which in turn binds to possible claims during the campaign. On Monday the newspaper “Kommersant”.

According to the publication, a letter signed by the head of Sberbank German Gref in the end of last week was sent to the DPP and the Secretariat of the state Duma speaker Sergei Naryshkin. In it Gref “asks to take into account” information about the spywares Doronin, representing in the Parliament of the Kirov region.

The letter notes that up to 2012 Doronin was the leader and beneficiary of a group of companies (GK) “the absolute-agro”. The company was founded in Kirov region and mainly engaged in animal husbandry by dairy products and meat products.

During the period of activity of group of companies “the absolute-agro” took credits in banks, the largest of them were Sberbank and Russian agricultural Bank. At the moment, total debt structures Doronin to Sberbank is around 934 million rubles. As stated in the appeal of the Bank, more than half of the debt owed personally to the MP. The debt to the agricultural Bank is, according to sources “Kommersant”, more than 140 million rubles, more than 62 million rubles — to other organizations, 7 million roubles — before the tax authorities.

According to the newspaper, in the letter of Sberbank noted that Doronin to pay debts not tried and do not intend.

He Doronin said “Kommersant” that the letter of the savings Bank he does not know, and offered to talk after he read it. The MP has tied the possible appearance of such treatment with the campaign.

According to the newspaper, Sberbank confirmed the fact of a letter addressed to the attorney General and the speaker of the state Duma.