TVER, 29 February. /Corr. Vera Paquin/. In Ostashkov district of Tver region on Monday opened the Second international educational forum “the Arctic. Made in Russia”. It will bring together more than 150 young scientists from Russia and countries of the Arctic Council are interested in the development of the Arctic zone, have informed in a press-service of Federal Agency for youth Affairs.

“The infrastructure forum is completely ready to receive guests: installed insulated and heated tents for participants and volunteers, equipped with educational tents and dining area. Currently the forum has already met the volunteer who came the body,” said the correspondent of TASS in the press service of the Ministry reported, adding that the official opening of the forum will be held at 20:30 GMT.

At the forum, which will be held until March 6, participants were divided into 15 teams. Their composition will include Russian and foreign young professionals and introduced the peoples of the North. Each team will have to submit the project to develop a real comprehensive development of gas fields. Participants will also be able to talk about their own ideas and projects. Distinguished young scholars waiting for internship in “Gazprom” and “Marine Arctic geological expedition”, specified in Rosmolodezh. 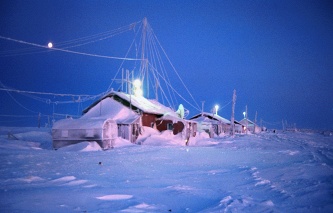 In addition, the forum includes round tables, which will be raised topics of prospecting and exploration of hydrocarbons on the Arctic shelf, the prospects of import substitution, development and exploitation of oilfields and others. It is expected that the discussions will involve the heads of corporations whose activity is connected with development of the Arctic region of Russia, Professor of Russian Academy of Sciences and the rectors of the leading universities of the country.

The first stage of the International youth forum “Expedition Arctic. The road to Borneo” was held in February last year in Ostashkovsky district. According to the results of the forum, six young people became participants of the expedition on a drifting ice camp in the Arctic.

From the Arctic to Antarctica: what do you know about the geographical discoveries made by Russians?

Over 170 years of history of the Russian geographical society it included many famous navigators and explorers. The purpose of the organization was to “collect and send the best young talents of Russia on a comprehensive study of the native land”.
TASS invites you to test – what do you know about the events, geographic discoveries and achievements related to the RGS and its famous members?