MOSCOW, February 29. The production of natural and associated gas in Russia in January 2016 increased by 2%, to 61.9 billion cubic meters, compared with the same period last year. Such estimation contains in the monitoring of the Ministry of economic development for January 2016. 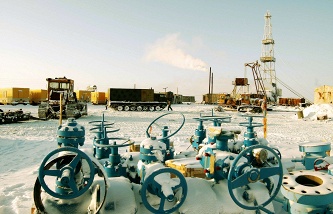 “Production of natural and associated gas (hereinafter – gas) in January 2016 increased to 61.9 billion cubic meters (an increase of 2% to the corresponding period in 2015)”, – stated in the message.

In monitoring the MAYOR noted that there was an increase in supply both domestic and export markets.

Clarifies that production of the enterprises of Gazprom group decreased by 4.8% to 40.5 billion cubic meters, while their share in total production decreased to 65.4% (by 5.2 p. p. compared to January 2015).

While independent producers and oil companies continue to increase production of gas (34.6 per cent).

According to preliminary data the Ministry of energy, gas consumption in the domestic market in January 2016 also rose compared to the same period in 2015 by 2.7% and amounted to 54 billion cubic meters. The Agency notes that this is due, mainly, to increase the supply of gas to power plants and boiler plants of the UES of Russia.