MOSCOW, February 29. Public chamber (OP) the Russian Federation proposes to conduct the pension reform, according to which working pensioners will be able to open an additional individual accounts that during their employment will be accumulated by the public pension and insurance contributions of employers. This will allow you to “gently” increase the retirement age and to improve the provision of pensioners, said the Chairman of the Commission of the Public chamber of the Russian Federation on social policy, labour relations and quality of life of citizens Vladimir Slepak.

To save while working

“The experts of our working group offer a stimulating working senior citizens need not apply for a pension by creating “individual savings account” that will receive funds in the amount of the earned pension (from the state) and insurance contributions (from employer)”, – said Slepak. According to him, the money generated on this account will clearly reflect the size of the accumulated funds during the time until the citizen has not applied for a pension, and will simplify the calculation of the amount of “additional pension” for the postponement of the date of retirement.

“The funds in this account are indexed annually in an amount not less than (level) of inflation in the country, and can be inherited”, – said the member of the OP.

Not to allow the pensioner to “go shadow”

The Slepak noted that the implementation of this proposal will not bring additional costs to the budget, as a result of the increase in the number of employed people will increase GDP, tax revenues to the budgets of different levels and revenues. 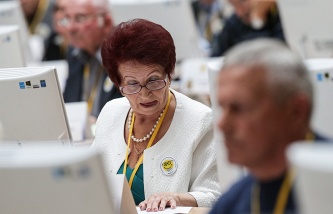 Topilin: raising the retirement age is not included in the new plan of economic development

In accordance with Federal law, starting in 2016, working pensioners receive insurance pension and fixed payout to her without regard to the planned indexation. “In such circumstances, the working people of this category will be forced to abandon the work, which will lead to the deterioration of the ratio of the number of working and non-working pensioners”, – said Slepak.

According to the Pension Fund, now in Russia, about 14 million pensioners continue to work officially. “This is about every third. If you cancel them for indexing (4%), the state can save about 100 billion rubles a year”, – said the Chairman of the Commission. However, the loss of the state may exceed the potential savings, experts say OP. Thus the state will discourage retirees to work officially and to pay the premiums. “They will just go into the illegal sector, and then the loss of the budget will be more than the savings,” – said Slepak. 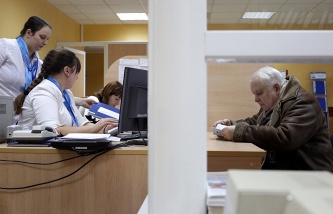 The Ministry of labor of the Russian Federation: pension insurance pensioners increase by 4%

The experts also noted that the current scoring system the pension calculation is complex and mostly unknown to citizens, especially for the older generation. “Citizens, not knowing how to calculate their future pension, we think that the point system is messed up to cheat on their future pensions,” said a member of the OP.

According to him, encouraging citizens of retirement age to voluntarily defer retirement and to continue to perform job duties is possible only when you create a transparent calculation of the size of the increase in pension during the deposition period of retirement.