MOSCOW, February 29. The Minister of agriculture of the Russian Federation Alexander Tkachev has declared its intention to ban the import of wine materials in Russia in 3-5 years. This measure is designed to stimulate the production of grapes in the South of Russia. The Minister said Monday in an interview with TV channel “Russia 24”. 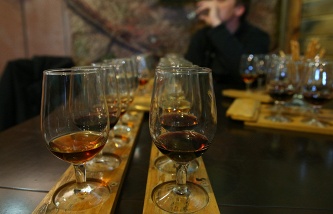 “We import into the country where some 30% of wine from third countries, which are from us for tens of thousands of kilometers – Chile, Argentina, South Africa,” – said Tkachev. According to him, this contributes to lowering the competitiveness of the own production of grapes. The Minister once again urged producers to grow their own grapes and to invest revenue from trade in a bookmark of new plantations.

“We need at some stage to say: colleagues, in 3-5 years we will completely ban the import of foreign wine. If you want to stay in this market, what you earn, invest in land, invest in the grapes,” concluded the Minister.

In August 2015 Tkachev has already criticized the importation into Russia of import of wine materials. However, later in the Ministry of agriculture reported that direct prohibition on the use of imported bulk wine in Russian wine makers will not.