MOSCOW, 1 March. “Aeroflot” has received 1.5 billion rubles of profit at the expense of passengers, “Transaero”, said the representative of “Aeroflot” in a conference call.

“We do not recognize revenues in the amount of 1.5 billion rubles from the carriage of passengers “Transaero”, – he said. 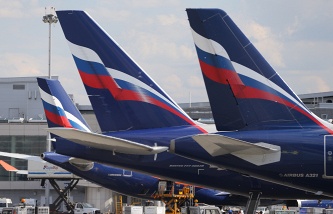 FAS: the situation of exceeding Aeroflot 50% market share in January is not serious

As previously reported, the total costs associated with the transportation of passengers, “Transaero”, included in the expenses of “Aeroflot” amounted to almost 17 billion rubles Net loss of Aeroflot group according to international financial reporting standards (IFRS) in 2015 decreased compared with the previous year by 2.6 times up to 6,494 billion rubles, revenue increased during the reporting period by 29.8% to 415,173 billion rubles.

“Aeroflot” has received operational control over “Transaero”, the accumulated 250 billion rubles of debt, from October 1, 2015, after the governmental meeting with the participation of Prime Minister Dmitry Medvedev was decided on bankruptcy of the carrier.

Rosaviatsia has deprived Transaero aircraft operator’s certificate from the end of October due to the deteriorating financial and economic condition and key performance indicators affecting the safety and violate the rights of consumers. “Aeroflot” has received 56 international destinations in its network.