MOSCOW, 1 March. Net loss of Aeroflot group according to international financial reporting standards (IFRS) in 2015 decreased compared with the previous year by 2.6 times – up to 6,494 billion roubles, is spoken in the message “Aeroflot”. 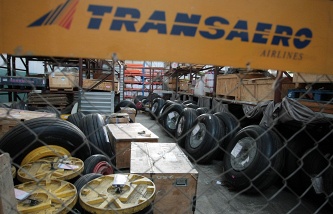 Total debt of “Aeroflot” as at 31 December 2015 has increased by 34.1% to 233,729 billion mainly due to the increase of loans and revaluation of financial lease obligations.

“Difficult macroeconomic situation had a significant impact on the group’s financial performance throughout the year. In response to the deterioration in the external environment we have implemented a number of measures to optimize its aircraft fleet and reducing costs, allowing the group to restrain the growth of operating expenses even in the event of a significant weakening of the national currency. As a result, the group showed growth in operating profit to 44.1 billion rubles. The profitability indicators EBITDA and EBITDAR increased by 6.3 p. p. 9,6 p. p. to 14,1% and 24.8% respectively”, – the press service quoted the words of Deputy General Director for Finance and network management and incomes “Aeroflot” Shamil Kurmashov.

He also noted that in the second half of 2015, “Aeroflot” has played a key role in stabilizing the Russian air transport market, has successfully implemented the instructions of the government of the Russian Federation on providing transport of passengers of airline “Transaero”. The total costs included in expenses amounted to almost 17 billion rubles, which had an additional negative impact on the financial result.