BAKHCHISARAI, March 1. The supplies to consumers in Crimea restricted due to preparation for the launch of the second phase of the power bridge from the Krasnodar region. So the head of the Republic Sergey Aksenov commented on Wednesday blackouts of consumers that have not been used for a few weeks due to the stabilization of the situation. 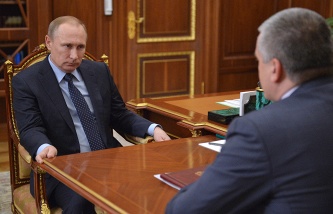 Putin is counting on the commissioning of the second phase of power bridge to Crimea by may 1, or even earlier

“Two days, February 29 and March 1, are scheduled work on the mainland of the Russian Federation. This is due to the launch of the third and fourth strings of the power bridge. As a result of these planned works been diverted and needed technologically to limit the flow to 200 MW. Graphics were all consumers to convey,” said Aksenov journalists, answering the question.

The head of the Crimea expressed confidence that the date of the start of the second phase of the power bridge will not be delayed. “The construction of the power bridge in the process. I hope that will be ahead of schedule, but until 1 may. I ask everyone to focus on that date. I am sure that the good word of our President will boost the builders. But so far in staffing costs start date 1 may,” he added. 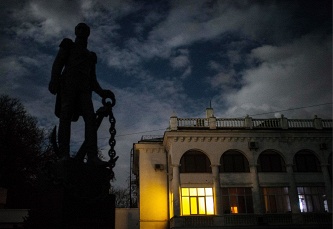 The state of emergency operating in Crimea as of 22 November, when the Peninsula was completely de-energized because of the erosion of power transmission line. Then went down all four power lines coming from Ukraine.

The situation has improved with the launch on 2 December the first leg of the power bridge from the Krasnodar region, and the December 15 of the second leg has increased its capacity to 400 MW. Two more strands of the power bridge total the same capacity to be commissioned in the spring that would make the Crimea independent from Ukrainian electricity.

The total amount of needs of the Crimea in electric power of approximately 1200 MW on-site generation can cover about half.