MOSCOW, 1 March. As a result of the attack near the Syrian-Turkish border injured four journalists.

About this informed the head of the Russian Center for reconciliation of the warring parties in the Syrian Arab Republic the General-Lieutenant Sergey Kuralenko. 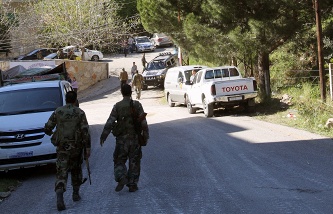 He brought information about the attack through established channels to the American Center to reconcile the warring parties in Syria, in Amman (Jordan).

“From 12.04 to 12.10 1 March 2016 in the group of foreign and Russian journalists was the shelling from large-caliber artillery A. p. Kisimba. The firing was from the area of N. p Bdama and the Syrian-Turkish border. Produced 8 shots of heavy artillery that exploded in the 150-450 m from journalists,” – said in his statement, Kuralenko.

According to him, “the shelling has injured and damaged four journalists (from China, Canada, Bulgaria and Russia)”. “They were given help, the condition is satisfactory” – said Korolenko.

Syria is the most dangerous for journalists country

At the end of December 2015, the international human rights organization “reporters without borders” issued a report, which named Syria the most dangerous country for journalists, as in 2014, and 2013. 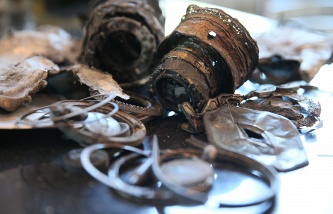 “Reporters without borders”: in 2015 in the world because of his profession were killed 67 journalists

The current including on the territory of the Arab Republic of terrorist group “Islamic state” (IG, is prohibited in the Russian Federation) is responsible for the deaths of 40% of all those killed in 2015 to journalists, said the report “Reporters without borders”.

“Statistics show that international efforts to reduce violence against journalists does not give the desired effect”, – said the representative of “Reporters without borders” Britta Hilpert.