MOSCOW, 1 March. The situation with excess of Aeroflot 50% market share in January this year, while temporary and not serious. The journalists said the head of FAS Igor Artemyev.

“The situation is considered as temporary,” said he.

Artemyev added that monitors the price of tickets “Aeroflot”. If unjustified increases in ticket prices, the FAS will put the question not only about prices but also about structural reform of the company, he said. 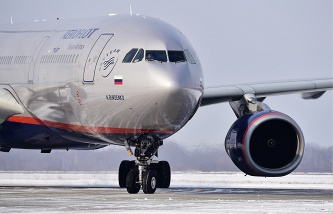 The group of “Aeroflot” in January 2016 have increased the carriage of passengers by 11.6%

Passenger civil aviation of Russia for January 2016, according to the Federal Agency of air transport amounted to $ 5,54 million people, which is less than the same indicator of last year by 6.1%. Leading position in transportation of passengers was taken by the group of companies “Aeroflot” with a growth rate of 11.6% to 2.97 million people.

“Aeroflot” intends to increase passenger traffic by 2021, up to 61.5 million passengers a year, to enter the top-5 European and top-20 global airline groups by traffic and revenue.

At the moment the group consists of six companies (Aeroflot loukoster “Victory” and the airline “Russia” and “Donavia”, “Aurora” and “Orenburg airlines”).

It is planned that this year the company “Russia”, “Orenburg airlines” and “Donavia” will be integrated into a single airline under the name “Russia”. Consolidated carrier “Russia” will take second place on the domestic market.