Bashkiria will not sell his stake in the oil company, the Republic recently received this package and receives the dividends and charitable aid, thanks to these actions, said the head of Bashkortostan Rustem Khamitov. 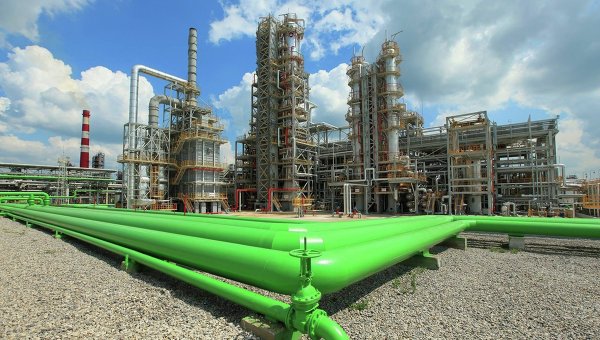 CHEBOKSARY, 1 Mar. The head of Bashkortostan Rustem Khamitov hopes that the government of the Republic will not discuss shortly the question of the sale of its stake in Bashneft.

“We have repeatedly stated that the Republic to sell their stock will not. And there are several reasons. The first package just passed and the population simply do not understand this step back. People don’t want the package was sold. The second — through a package of Bashneft dividends we receive, charitable aid that goes to many social facilities, sports teams. And this money is not small, believe me. And now we cannot abandon these resources. Third — the price is very low now “at the bottom” to sell is not interesting”, — said Khamitov.

“So we now do not discuss this issue. And I hope that in the near future also will not discuss,” he told journalists Khamitov.

The Russian Federation represented by the Federal property management Agency in December 2014 became the owner of 73,94% of the share capital of “Bashneft” after the court decision, which deemed illegal the privatization of the company. After repayment of Treasury shares the company’s share of the Federal property management Agency has increased to 75,08% of the shares. In the summer of 2015 25% of the shares in this package were transferred to Bashkiria.

Earlier in February, a senior Federal official told reporters that the government has not yet decided on the parameters of privatization of “Bashneft”, the size of the package can range from 25% to 75% and will depend on the premium market will be willing to offer potential buyers. On Monday, the Deputy Minister of economic development Nikolai Podguzov said that the draft decree on the privatization of “Bashneft” provides for the sale of the entire shareholding.

The first dividends of Bashkiria from the ownership of shares of the company “Bashneft” for 2014 amounted to 5 billion rubles. The regional authorities have directed them to the construction of kindergartens and the renovation of social facilities.