VORONEZH, March 1. /Corr. Vladimir Shumakov/. Taxation of foreign companies for VAT online services do not become the reason of falling of demand for them in Russia. Such opinion in conversation with journalists was stated by the assistant to the President of the Russian Federation on the Internet Herman Klimenko. 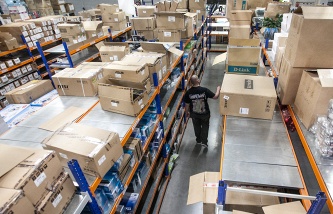 Speaking of that, how many can get the Federal budget from such tax, Klimenko noted that “this, of course, hundreds of millions of dollars”. However, he stressed that “there are several forecasts”. “Someone says, coming out of the VAT, and immediately begins to buy less, which I very much doubt it,” he said.

On 16 February the state Duma Committee on Informatica, information technologies and communications supported the draft law on taxation of foreign companies for VAT online services. The bill about the taxation of foreign companies VAT is 15.25% for the provision of electronic services in the Internet has introduced to the state Duma in the end of last year deputies Andrei Lugovoi (LDPR) Vladimir Parakhin (“Fair Russia”).