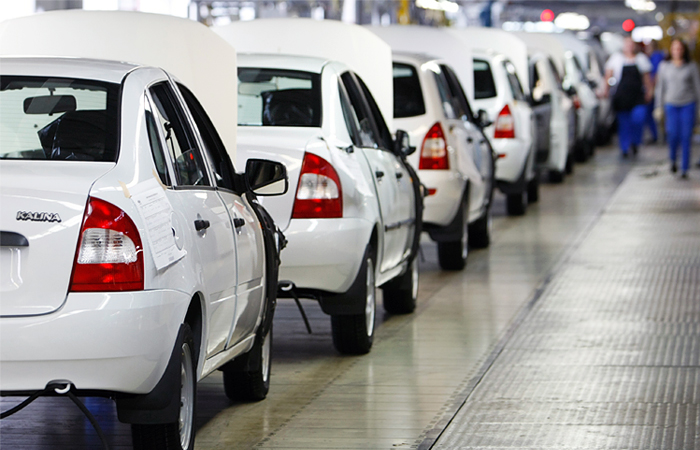 Moscow. On 29 February. Shareholders of AVTOVAZ, recently recorded record losses amid falling Russian car market, discussing the activities of the company’s CEO Bo Andersson, but so far no personnel decisions were not taken, said sources familiar with the situation.

In the last days in the Samara mass-media have repeatedly appeared information about the possible dismissal of Bo Andersson, was called and the date of the Board of Directors, which will reportedly be considered a future top Manager – 4 March. In this case the resignation was said, how about the case has already been resolved. As a possible successor was named CEO of the PJSC “KAMAZ” Sergey Kogogin, but in the company it was denied. Other possible candidates in the industry called the current head of the Izhevsk automobile plant Mikhail Ryabov (“the Izhevsk Lada” is in group “AVTOVAZ”), as well as Vice-President of “AVTOVAZ” for the safety of Paul Joceline.

Meanwhile, according to one source, “there is no Council meeting on March 4 is not planned”, and, accordingly, the question about the dismissal of Bo Andersson on this day, will not be discussed.

Bo Andersson will operate at least until the end of his current contract in November, says a source in the automotive industry.

“Andersson will remain as President of “AVTOVAZ” to the end of the current contract,” – said the Agency interlocutor.

However, a third source familiar with the activity of “AVTOVAZ”, argues that the question of changing the head of the company really discusses his work and dissatisfied with the Alliance Renault-Nissan and GC “rostec”. However, he declined to say whether the contract with Bo Andersson terminated or not. “Certain decisions will be taken,” he said.

Finally, one Agency source says that the current President will remain in office until may-the beginning of the summer, after his possible resignation.

The representative of AVTOVAZ refused to comment on this topic. “The President continues to work on his position,” he said.

Rumors about the imminent resignation of Bo Andersson as President of “AVTOVAZ” began to circulate even before last fall. Since then the head of the company several times renewed management team, but he remains at the helm. The industry is also speculation about discontent Bo Andersson from the head of SC “rostec” Chemezov. In early November, he stated that “rosteh” dissatisfied with the actions of the President of “AVTOVAZ” in respect of staff reductions. “First of all, not satisfied with the policy of the Director in relation to the job cuts. Of course, there had to be more, maybe neater to act more delicately. After all, we in 2008 and 2009 a large number of employees were reduced. We had a reduction of about 40 thousand, but there was no such noise,” said Chemezov.

Answering the question about the possibility of initiation by the Board of Directors of the issue of the change of the head of AVTOVAZ, Sergey Chemezov said: “of Course, we will have a Board of Directors. We will meet with the leadership of Renault-Nissan. We will, of course, to discuss this topic. Because requires in the region and the government issue was raised more than once. You will need certainly to think what to do next, we will discuss with our partners”. He stressed that “the issue of the change of the Director, of course, not necessary, but some educational work needs to lead.”

On Friday a source confirmed that the Board indeed discussed the activities of Bo Andersson. “The Board of Directors of the company in November claims Andersson made (the General Director of “Rostec” Sergey) Chemezov (the head of the Alliance Renault-Nissan) Carlos Ghosn him (Andersson) supported,” he said.