MOSCOW, 1 March. The Russian government approved the Strategy of development of inland water transport up to 2030. The corresponding order published on the website of the Cabinet.

“The strategy includes a set of measures aimed at qualitative change in the status of inland waterway transport, establishing the foundations for effective development of the industry and providing potential for real competition with land transport”, – stated in the help document. 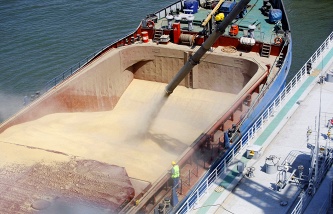 As noted in the Cabinet, the strategy will contribute to the solution of systemic problems of inland waterway transport, including to overcome the decline in its role in the transport system of the country, increase production capacity, including the improvement of quality parameters of inland waterways, technical condition of navigable hydraulic structures, increase of competitiveness and investment attractiveness of the industry enterprises, enhancing the availability and quality of transport services for the supply of regions of the far North, Siberia and the Far East, increase of volumes of transportations of passengers, including on socially significant routes, and the development of foreign trade cargo transportation and transit by inland waterways.