BAKHCHISARAI, March 1. The Crimea showed the worst in Russia is the result on the development budget in 2015, said Deputy Prime Minister of the Republic of Vitaliy Nakhlupin.

According to Nahlupina, there are objective reasons: “blackout, late entry money.” “But, nevertheless, if we ask for money, they have to be used,” he added.

The head of the Crimea Sergey Aksenov said that from that day on, “there’s no excuse”. He instructed every Friday to collect meeting to take stock of utilization of funds. 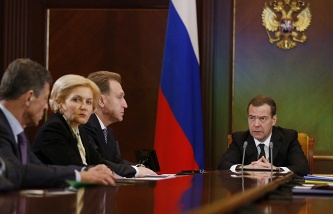 “I say at once – times require tough measures. All commitments must be met by all officials, including me. Everyone who does not pull and can not provide execution of programs and tasks of the President should look for another job. It’s nothing personal. I don’t want us to be ashamed before the citizens of Crimea,” Aksenov said.

Nahlupin also noted that the problems of the budget do not relate to social benefits. “Here, the performance under 100%. And there, where the real work – supplies, purchases, capital expenditure, where the municipalities do not even have plans,” he said, adding that the level of disbursements in the areas is 70-80%.