MOSCOW, 1 March. Fund of development of monotowns and government group on modernization of single-industry towns on Tuesday launched a social network “Vkontakte” group “Dialogue 319”. It is planned that it will become a platform for receiving proposals from potential investors and residents to the number and quality of, dialogue between government and society.

“The Commission that we were given with a term of March 1, we had was the site we launched. On this site all company towns, the inhabitants of these cities. We believe that there must be mayors, and we’ll watch it”, – said the Deputy Chairman of Vnesheconombank, head, working group on modernization of monotowns at government Commission on economic development and integration Irina Makieva at a press conference V. 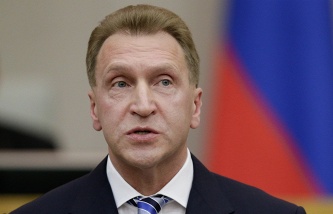 She noted that the group “Dialogue 319”, seven topics for discussion. In the relevant sections investors can learn about what it takes to start a business in single-industry towns, to find information about measures of state support and its volumes to this or that city, residents will be able to monitor the implementation of projects and to offer their ideas for the development of the city.

VKontakte was chosen to create a dialogue platform between the government, business and society as one of the most visited social networks. According to the press-Secretary of “Vkontakte” Eugene Krasnikov, social network visited by 98 million users per month, and that 9 each user of Runet. According to the General Director of Fund of development of monotowns Ilya Krivogov, “319 Dialogue” will help the youth to Express their initiatives and projects, and the Fund to obtain an estimate of the work firsthand.

“Now we have 9 transactions, 9 of single-industry towns in the work for the sum more than 5 billion rubles Is about 40-50 investment projects, from small to large businesses. It is important to understand whether those projects are implemented, roughly speaking, as the population supports them, appreciates their power,” he said. 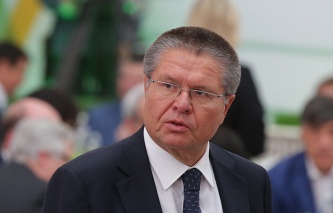 The representative of the Secretariat first Deputy Prime Minister Igor Shuvalov, who instructed to create a platform for dialogue on the development of single-industry towns, Alexander Shuvalov Majewski stressed that with the help of the group “Dialogue 319” urban residents will be able to evaluate the effectiveness of mayors, comparing their work with the administrations of other towns.

“That is, by and large Playground will be due to the horizontal emphasis and to identify new standards, that is why in one city it works and the other doesn’t work. And I think this is one of the most important things that it has evolved into a motivator for municipalities, their administration,” – said Shuvalov Majewski.

At the present time in Russia the list of the towns included 319 municipalities, so the group name created in “Vkontakte” contains this number. The site was developed on behalf of the first Deputy Chairman of RF government Igor Shuvalov.