MOSCOW, 1 March. The presence of the state in the Russian economy is outrageous, it needs private investment. This opinion was expressed by the head of the Federal Antimonopoly service (FAS) of the Russian Federation Igor Artemyev in an interview with TV channel “Russia 24”. 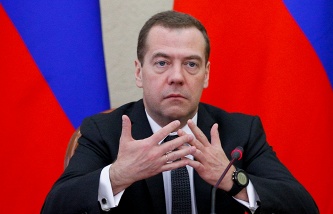 “I believe that the level of nationalization of the economy has reached the red line. If we go on in this way, we will provide completely ineffective resources of the economy. And citizens will only get worse. We need serious investment,” says the official.

Artemyev noted that the investment required for the solution, including social issues. “But, first of all, in order to generate innovation, create jobs, support the economy and give every time new findings, that private business will do it much better than the public sector,” added the Minister.

He also reminded that currently the work on privatization of non-core assets of natural monopolies.

As previously reported, Russian authorities are planning in 2016 to sell a number of major state assets, including shares in “Rosneft”, “Bashneft”, ALROSA, “Sovkomflota” and VTB.