MOSCOW, March 2. Russian citizens from the state from $30 million in 2015 to invest more in luxury residential real estate (28%), commercial real estate accounted for 8%, stocks and bonds amounted to 19% in the structure of their assets. This is stated in the annual survey by Knight Frank the wealth distribution in the world The Wealth Report 2016. 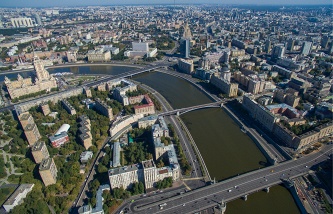 While rich Russians and residents of CIS leads the world in percentage of cash in portfolio investment (21%). The smallest share in the structure of investments of such citizens in Russia and the CIS countries amounted luxury goods (1%) and precious metals (2%).

In the next 10 years 80% of rich people from Russia and CIS countries will increase the proportion of financial instruments in their portfolios, it is predicted in the report. Interest in residential property will decrease in the next 10 years only 40% of very wealthy people from Russia and CIS planning to invest in residential property, similar to the previous year was 100%.

In the segment of luxury items, 80% of millionaires from Russia and the CIS countries invested in the art. Half of investing in this segment also invests money into collectible cars, motorcycles, and wine.

According to the forecasts of Knight Frank, in the next 10 years, the interest of rich people from Russia and the CIS for investment in the arts will remain, and the wine and the cars will lose 20% of investors from this region. Meanwhile, about 40% of millionaires from these countries in the next 10 years are planning to increase their investments in luxury goods.

The possession of luxury goods for 50% of wealthy people from Russia and the CIS is confirmation of high status, 40% to invest for the fun of it, 30% as the reasons for the diversification of assets, and 20% – optimization of taxation, the report says.