MOSCOW, March 2. Decisions on the allocation of funds from the national welfare Fund (NWF) are not personally the head of state and as a result approvals. This was stated to journalists the President’s press Secretary Dmitry Peskov. 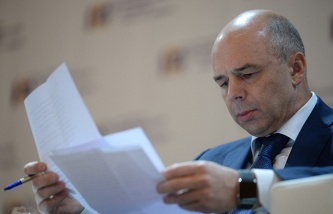 “No, it’s not so,” he rejected the suggestion that Vladimir Putin himself taking such decisions. “The President personally don’t do this, it’s not his personal piggy Bank and he manages. He reported to the reconciliation process, he reported different points of view on the expediency or inexpediency of allocation of some funds on some projects, but the President personally, such decisions will not accept,” – said Peskov.

He also said that he doesn’t know about the letter of head “Rosnano” Anatoly Chubais on the allocation of 89 billion roubles for the launch of Russian-Indian Fund, publicized by the media. “There are issues associated with appeals “RUSNANO”, but here it is on a joint Russian-Indian Fund – I just don’t pay any of such information,” – said the representative of the Kremlin.