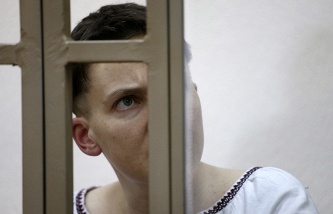 Zorkin: the case Savchenko cannot be considered by the jury

“On set of crimes by partial addition of punishments, the prosecution considers it possible to assign Savchenko final punishment for a period of 23 years of imprisonment”, – said the Prosecutor.

The Prosecutor asked to exclude the charges of the attempted murder of the six citizens of Ukraine. “The prosecution believes a complete proof of guilt Savchenko to the murder of Kornelyuk and Voloshin, as well as in the assassination of their colleague Denisov and six. unfortunately, Russian law does not allow to involve the defendant in the territory of the Russian Federation for this crime (attempted murder)”, – said the Prosecutor.

He noted that Savchenko has immunity because the alleged crimes were committed before assigning her the title of member of the Assembly. 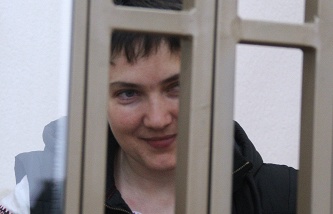 According to the investigation, as an officer of the armed forces of Ukraine, while the location of a paramilitary battalion “Aydar” on June 17, 2014 near the village of Metallist, Slavyanoserbsk district, Luhansk region Savchenko was conducting secret surveillance and correction of artillery fire on the area of the checkpoint of the militia LNR with him were civilians, including three citizens of the Russian Federation – correspondents VGTRK.

The shelling of the VGTRK employees Igor Kornelyuk and Anton Voloshin were killed. Victims of the case found the relatives of the slain journalists, while on an episode with attempt – the VGTRK operator Viktor Denisov and the number of inhabitants of Lugansk, came under artillery fire. To participate in the debate, they refused.

His guilt Savchenko does not recognize.

The lawyers of the accused believe that their client through political negotiations will return to Ukraine within a month after sentencing. Therefore, they don’t care how many requests and how much the attorney appointed by the court, said one of the lawyers Savchenko mark Feigin.

“This case will be resolved politically. It is clear that many will ask for much and give a lot of, nevertheless, most likely, in the next month she will already be home. This needs to happen or quickly, or never. It is for this and fast to put politicians who are negotiating before the fact that they need to agree quickly,” the lawyer added.