MOSCOW, March 2. The President of Russia Vladimir Putin will hold a regular meeting with members of the government of the Russian Federation, and also will meet with President of Kyrgyzstan Almazbek Atambayev. According to the press service of the Kremlin.

According to her, the main topic of the meeting with the Cabinet will be “the preparation of the world football championship 2018, as well as the world championship of professional skills according to the standards of “WorldSkills” 2019″. “We will discuss a number of current issues”, – noted in the Kremlin.

On the eve of Putin said that the meeting with the government on Wednesday awaiting a report on the situation of the accident at the Severnaya mine in Vorkuta, where several explosions killed 36 people – miners and rescuers. “We need conclusions for practical applications – in order to avoid a tragedy of this scale, of this kind at all. As for social issues, it is, of course, I’ll keep under control, and tomorrow the government will report that is done for people who suffered, and for the families of the victims,” – said the head of state, following Tuesday’s report by the head of Rostekhnadzor Alexey Aleshin about the causes of the accident.

Earlier, Russian Deputy Prime Minister Arkady Dvorkovich, head of the Commission for assistance to victims and the families of those killed in the accident at the mine, reported that on 2 March will make the final report to the President on these issues.

The head of state regularly – usually twice a month holds meetings with members of the Cabinet of Ministers of Russia. The previous such meeting was held on 10 February.

Putin will also hold talks with President of Kyrgyzstan Almazbek Atambayev. “It is planned to discuss key issues of Russian-Kyrgyz cooperation. It is expected that the main attention will be paid to the prospects for strengthening trade and economic ties, including with regard to the membership of Kyrgyzstan in the Eurasian economic Union August 2015”, – said the press service of the President of the Russian Federation.

The previous meeting between Putin and Atambayev took place in the Kremlin at the end of last December on the sidelines of meetings of the collective security Council of the CSTO and Supreme Eurasian economic Council. 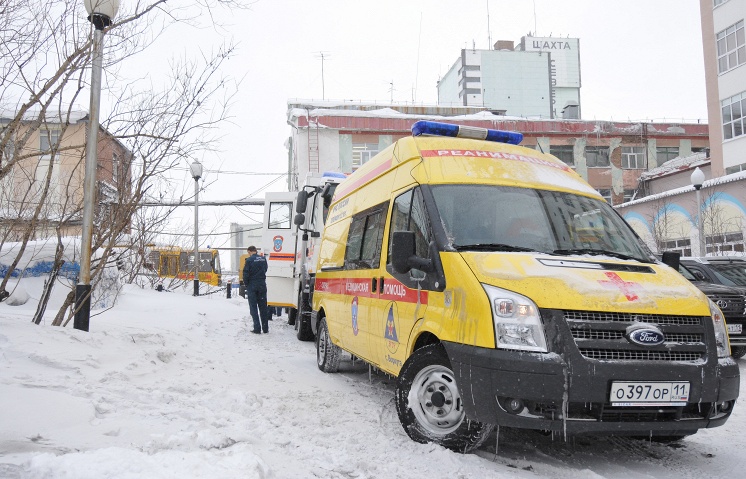 The accident at the Severnaya mine in Vorkuta. Online broadcast