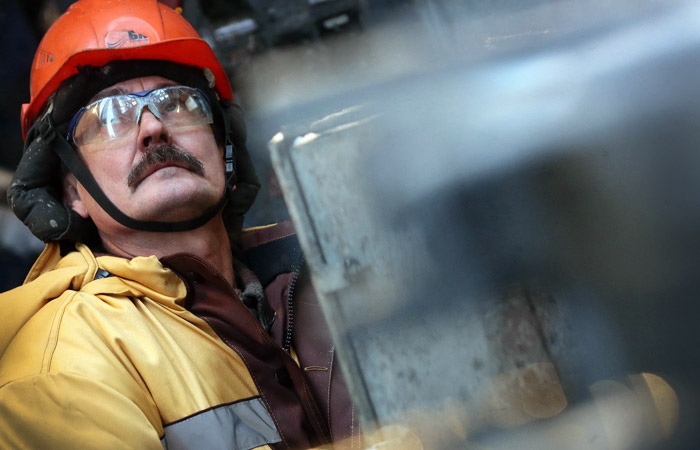 Moscow. March 1. Russia retained the January levels of daily oil production will be able to increase production in General for the year 1.1-1.8% – up to 540-544 million tons, said a source close to the meeting of the President with heads of oil companies and familiar with the materials of the Ministry of energy.

With the January figures of daily production possible until June-August 2016. “Most of the growth in output is expected in the second half of the year.

Thus, the level of production of January 2016 will not be exceeded in the next 6-8 months,” the source added.

The largest projects, allowing to increase production, are the development of the Yarudeyskoye, and Novoportovskoye fields field name field.

In Iran and USA

Further growth of oil production in 2016 is possible in Iran (0.3 to 0.8 million barrels per day), Iraq and Libya (0.3 to 0.7 million b/d) and Saudi Arabia (0.2 to 5 million b/d), said a source familiar with the materials of the Ministry of energy of the Russian Federation.

The decrease in oil production depending on oil prices in 2016 can be expected in the United States (by 0.2-0.6 million b/d). Also production outside of OPEC countries in December 2015 for the first time since the end of 2012 began to fall in the US, Mexico, Kazakhstan, Azerbaijan and Colombia, he added.

In the case of an artificial lowering

Meanwhile, the artificial decline in the production of oil-producing countries may return to the market of producers of shale oil, said a source close to the meeting of the President with heads of oil companies and familiar with the materials of the Ministry of energy.

“A sharp rise in oil prices, following the artificial decline in the production of, for example, 5%, is likely to facilitate the return to the market of producers of shale oil and will delay a full rebalancing of the market”, – quotes the source material.

In addition, says the source, artificially reducing oil production by 5% not ready Saudi Arabia, Iran and other countries.

Also due to the absence of effective mechanisms of monitoring compliance with agreements on reducing extraction.

For Russia, the artificial reduction in production difcult in connection with geological and climatic factors, as well as a large number of companies in the sector.

Maintaining oil production at the level of January will provide the same gradual withdrawal from the markets of surplus of oil to 1 million barrels per day for 2016, the stabilization of prices at $50 per barrel in early 2017 amid growing global demand for oil in 1,3-1,5 million barrels a day.

In addition, this will reduce speculative play on a fall in the market due to the growing cooperation between the key players.