MOSCOW, March 2. The deficit of regional budgets of the Russian Federation in 2016 will grow to 148 billion to 106 billion in 2015-ohms. This is stated in the Analytical study of credit rating agencies (ACRA). 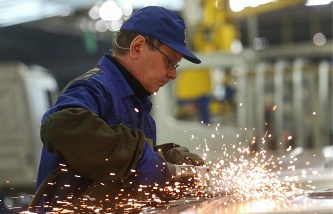 As a result of faster growth of revenues compared to expenditures the deficit of the consolidated budget of the constituent entities of the Russian Federation declined last year in annual terms, with 414 bn to 106 bn in 2015.

“The situation in 2016 will be similar. In conditions of stagnation of tax revenues and the impossibility of reducing social spending, we expect the increase of budget deficit to 148 billion rubles, with the stable structure of budget expenditures”, – said the Agency.

ACRE also considers the likely continuation of the trend of substitution of commercial loans budget in the debt structure of the subjects of the Russian Federation. According to the Agency, in the period 2013-2015, the volume of Bank loans grew by 40% with practically unchanged volume of government securities that indirectly indicates the reduction of terms of repayment of regional debt portfolio.

The dynamics of the last two years shows a slowdown in the growth of the commercial debt of regions to 16% in 2014 and 5% in 2015, compared with a record 40% in 2013 This is due to the possibility of increasing the volume of budget loans (+70% between 2013-2015) as a cheaper source of deficit financing in a period of rising interest rates and contraction in the debt market.

“The growth in the share of budgetary credits has a positive impact on the credit quality of the portfolio total debt of subjects of the Russian Federation and in the short term, allows to expect that most regions will be able to avoid emergency refinancing or restructuring of commercial debt,” says ACRES.

However, given the prospect of rising deficit of the consolidated budget of the regions, the Agency expects the growth of total debt of the regions to 2.4 trillion roubles by the end of this year. This funding deficit will be made largely at the expense of attraction commercial than Federal loans because the amount provided is not increased, according to the study.