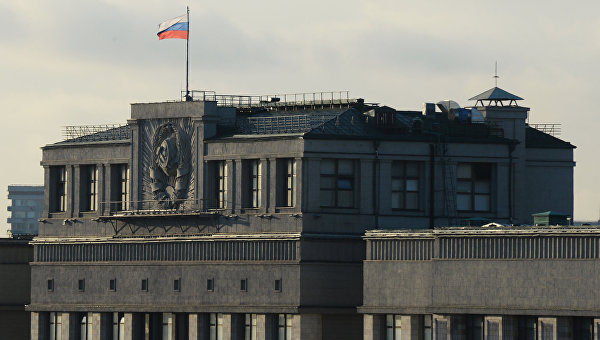 MOSCOW, 14 Feb. The delegation of Italian parliamentarians will visit Moscow on February 14-17, deputies of the state Duma expect from the visit of our foreign colleagues of the proposals for the way out of the crisis of parliamentary relations and the search for new forms of cooperation, said the Deputy of the state Duma, member of the friendship group with the Parliament of Italy Vasily Likhachev.

“The delegation members are active supporters of the Russian-Italian and Russian-European dialogue”, — said Likhachev told reporters.

According to Likhachev, the political statements of Italian deputies are sometimes critical evaluation against the Russian Federation. “But it seems to me that this group was gathered to demonstrate the will of a very substantial part of the parliamentary community of Europe, EU to address these political blockages, pseudopolitical sometimes that have developed in the attitude of official Moscow”, — he noted.

In addition, the MP expects from the Italians there is a specific proposal about the way out of the crisis of the parliamentary and inter-state relations, as well as ideas associated with the revitalization, the search for new forms of cooperation, both bilaterally and at the multilateral level, taking into account the real agenda.

“Migration issues will be discussed. I think we will touch the problems of deployment of U.S. missile defense in Europe,” added Likhachev.

“I’m going to raise the issue of creating new settings, new vectors of the system of European security, focusing their attention on the draft European security Treaty in 2008, which positioned even Dmitry Medvedev, when he was President”, — said the Deputy of the state Duma.

According Likhachev, “a number of Foreign ministries in Europe pulls out of the archives the document and starts to analyze carefully”.

“I wish this visit gave more information regarding the evaluation of events in Crimea. We notice the trend, quite serious, in the parliamentary community of Europe, European Union, among a significant group of deputies of the PACE to come to some sort of status quo in the evaluation of Crimean history,” he said.

Likhachev stressed that the Crimea became part of the Russian Federation “voluntarily, democratically in compliance with all international legal and international political norms and criteria, and this page must turn over, you have to be realistic, we must look at what happened.”

According to him, the meeting should help the formation of the friends of Russia, the Russian Parliament, the Russian leadership.

“It is imperative to have in Europe political forces that we understand, accept, and are willing to go the route of combining the intellectual, economic, political potential,” he concluded.