Just the agenda of the next, 388, plenary session – about 30 questions.

The penalties for the “financial pyramid”

The senators intend to discuss the law on penalties for the involvement of investors in the Ponzi scheme. In the document we are talking about amendments to the Code of administrative offences (Cao), according to which fines for raising funds in the “financial pyramids”, as well as for dissemination of advertising in the media and on the Internet with information about the financial attractiveness of such schemes will amount to 5 thousand rubles to 1 million rubles. 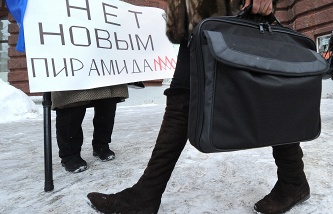 Detected in 2015, the damage from the financial pyramids in Russia exceeded 22 billion roubles

Earlier, the Chairman of the Federation Council Committee on constitutional legislation and state construction Andrey Klishas has declared to journalists that parliamentarians approve the introduction of this measure, because “the existence of a special responsibility will effectively suppress socially dangerous acts connected with the organization of “financial pyramids”.

In addition, the session will consider the laws on permanent “summer time” in four regions of the Russian Federation. Thus, it is proposed to include the Ulyanovsk region to the third time zone, the Republic of Altai and Altai Krai – to the sixth time zone, the Sakhalin region – the tenth time zone. A member of the relevant Committee of the Federation Council on economic policy Mikhail Schetinin has explained that this means a return to historically in these regions, time zones.

As part of the “Time expert” in front of the senators will be made by the head of state Corporation “Rosatom” Sergey Kiriyenko.

Special attention at the session of the upper house will be given to issues of domestic policy. So during the “government hour” Minister of justice Alexander Konovalov will tell the senators on the legal status and activity in the Russian Federation of non-profit organizations. 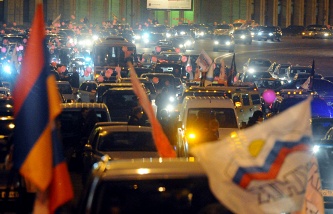 Parliamentarians will also discuss a law that equates rally to the demonstration, and the installation of campaign tents or Cuba – to picket. As explained by Deputy Chairman of upper house Committee for constitutional legislation and state construction Lyudmila Bokova, the document addresses legal uncertainties that often arise during the organization and holding of public events in the form of new forms of stock.

The Federation Council also will consider today, the law on compulsory participation of all candidates in TV debates in elections of all levels, except the presidential. According to a member of the house Committee on constitutional legislation and state building Anatoly Shirokov, this document aims to establish the responsibilities of the participating parties and registered candidates for joint campaign events – debates on the channels of state and municipal TV and radio broadcasting organizations. “The law provides for mandatory personal participation of registered candidates from parties in the joint propaganda actions”, – he stressed.

The senators will also discuss the law on responsibilities of heads of regions to confirm the conformity of candidates to the members of the Federation Council the requirements of the law. The current law does not specify who is obliged to prove the conformity of the candidate to the members of the Federation Council legislation requirements, for example, from the point of view of residency requirements. In this situation, the election commissions are forced to request missing documents in the state authorities. The law, which are to consider today the senators, aims to eliminate this legal uncertainty. The document should be assigned to candidates in the governors responsibility to provide all necessary documents confirming the right of a potential Senator to apply for this post.

It is planned that at the meeting of Federation Council senators will consider the question of increasing compensation to people and organizations in case of accidents at hazardous installations. As explained to journalists the Chairman of Committee of Federation Council on budget and financial markets Nikolay Zhuravlev, corresponding law “gives the right to receive insurance or compensation payments to persons dependent who is the deceased in the accident on dangerous object, and gives the right to compensation of funeral expenses to those who actually suffered”. 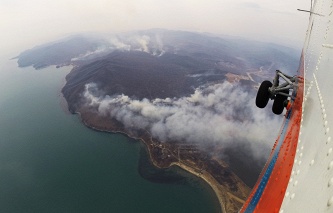 The senators will also consider amendments to the legislation, according to which the notion of state control of safety of objects of fuel and energy complex and provides the procedure for conducting related activities.

In addition, members of the Federation Council will discuss a draft parliamentary inquiry to the Minister of Finance Anton Siluanov and the Minister of natural resources and environment of Russia Sergey Donskoy. The Declaration concerns the allocation this year of subventions from the Federal budget to the regions for the implementation of fire safety measures and forest fires, as well as repayment of the debt of the regions for the costs of fighting forest fires in 2015.

In the international agenda, senators will discuss the Protocol to the agreement on partnership of the Russian Federation with the European Union. This document relates to accession to the EU on 1 July 2013 a new member – Croatia.

Also at the meeting it is planned to consider amendments to the law on parliamentary control. According to the proposed changes, while hearing at the meeting of the Federation Council of representatives of the government of the Russian Federation on state and national reports, mandatory fixed performance supplementary report of the auditor of the accounts chamber of the Russian Federation. The hearing previously this information was required only if performance of members of the Cabinet in the state Duma. 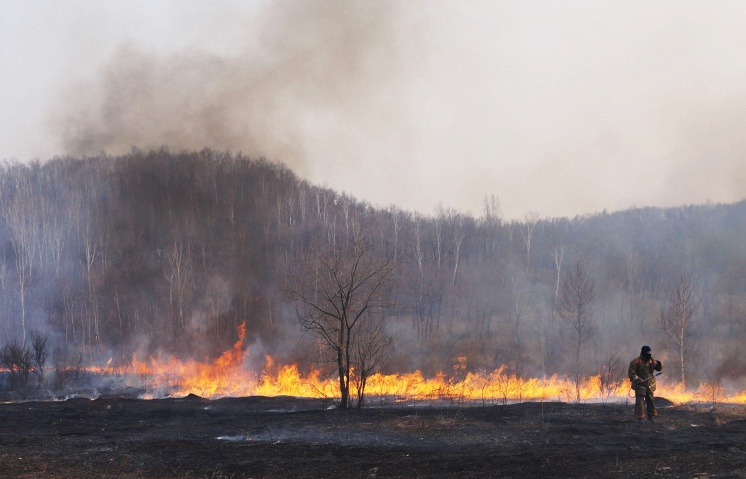